What are the incentives for research providers to adopt more transparent pricing? European regulators are trying to promote more transparency, but explicit pricing from independent research firms predates regulatory efforts. What motivates such firms to place values on their research? Let’s examine Integrity Research’s recently released research pricing study to see what clues it can offer.

Our goal with the study was to develop benchmarks to help research consumers and research producers as they mutually grope their way to greater fee transparency. We conducted the survey in late 2015 and were fortunate to have over eighty independent research firms participate. 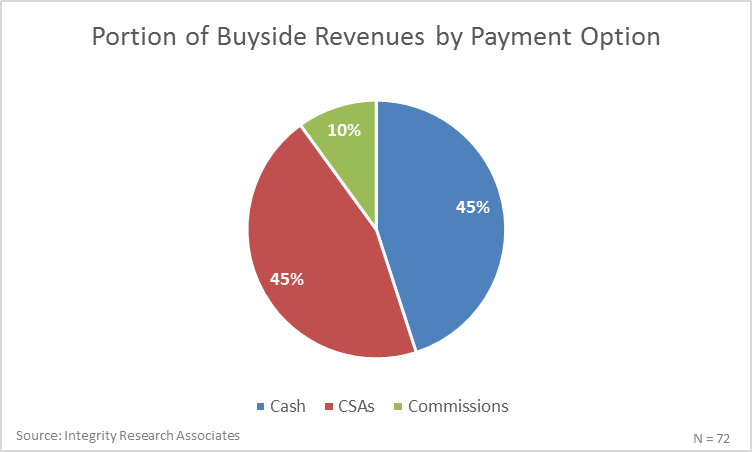 In the brave new unbundled world that independents are pioneering, there are a wide variety of fee structures being tested. We counted nine different fee structures among the respondents to the pricing survey. The structures range from ultra-explicit, such as menu pricing, to non-explicit, where the research firms are price takers, leaving it to clients to determine the value of the research. 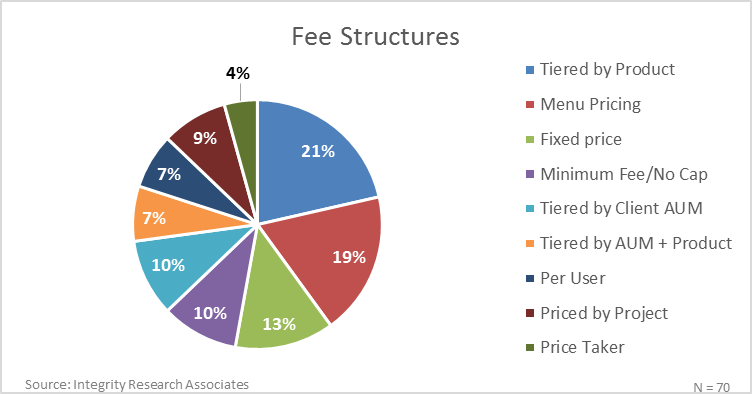 Our study shows that there is a huge disincentive to transparent pricing, namely, lower revenues. Why then would any firm adopt the quixotic approach of implementing transparent pricing? And in the hyper-competitive, over-supplied world of research how do such firms survive?

One answer is stability. Having an explicit fee reduces the uncertainty of being a price taker whose fees can fluctuate significantly depending on commission volumes. For a small boutique, which cannot cross-subsidize research with other products, lower revenue volatility means a higher chance of survival when commissions decline.

Being paid in cash reduces commission variability altogether. However, being paid in cash means that the fee is coming out of the asset manager’s P&L, which helps explain why the fees tend to be so much lower than bundled payments. Nevertheless, for smaller research firms the certainty of cash payments is an acceptable tradeoff even though it comes at the expense of lower revenues. This is one reason we see less consolidation in the smaller boutiques than one would reasonably expect.

Another rationale for transparent pricing is scale. Getting paid on a bundled basis requires infrastructure. At a minimum, it needs salespeople to chivvy the clients during the broker vote. In domiciles like the US it requires registration as a broker dealer and to do it properly it requires a trading desk. It all becomes expensive.

Independents tend to have a low cost base which is one of their competitive advantages. Adding the infrastructure for bundled payments wasn’t an option for the smaller boutiques. But now, with research budgeting coming to the fore, the cost/benefit is changing even for those that can afford bundling infrastructure.

For research firms that have fee structures dependent on asset manager largesse, and we of course include the investment banks in this, how sustainable is the business model when the famines outweigh the feasts? This question becomes even more urgent if budgeting puts a cap on research spending, skewing the volatility of revenues to the downside.

Unrelenting pressures on research payments will continue irrespective of the regulators, most notably the seismic shift to passive investing. For this reason we can expect that, over time, research fees will become more transparent.

IRPs will be on the bleeding edge of price discovery because they have the least to lose and the most to gain. Paradoxically, in the long tail of research, the lower revenues of set pricing are counterbalanced by the lower volatility of cash payments. And, as the payback on bundled infrastructure diminishes, so will the infrastructure.

There is another, perhaps less obvious, benefit to explicit pricing which is better feedback on what clients want.  More transparent pricing leads to more transparent market information.  We would argue that there is a strong correlation between fee transparency and innovation.

When Credit Suisse bought Holt Value Associates in 2002, HOLT had over 350 institutional clients, many of which were also core clients of Credit Suisse who promptly informed their friendly CS salesperson that they paid enough to CS already and expected to get HOLT as part of their existing service.

It is hard to get paid for incremental new services in a bundled price world. For this reason, independent research will be the testing ground not only for pricing, but for product innovation generally.