Amenity Analytics, an ambitious provider of natural language processing targeting the buy-side, sell-side and insurance sectors, closed a $18 million Series B round led by Hank Greenberg’s STARR Companies.   Perhaps best known for its sentiment analysis of earnings transcripts, the company’s agenda is to be a broad-based NLP provider to the financial sector. 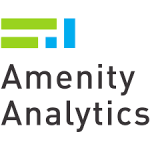 The latest financing round included a new investment from Allstate and participation from existing investors Intel Capital, the venture capital affiliate of Intel, and State of Mind Ventures.  Including a $7.6 million Series A round concluded in August 2017, the company’s total financing has been $25.6 million. 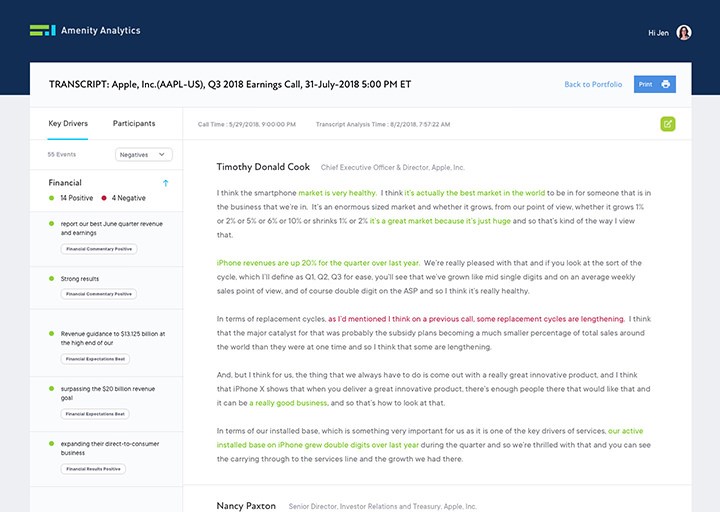 The core product is the Amenity Viewer which allows users to parse earnings call transcripts, public filings, and financial data.  The platform can be customized for various use cases, allowing the firm to target multiple customer segments.

The company’s primary off-the-shelf application currently is sentiment analysis of earnings transcripts, an approach which was pioneered by Prattle and has been widely copied by Sentieo, Accrete, UBS and CB Insights.  [Prattle says it still has an edge because analyzes all corporate communications not just earnings calls and because it creates semantic profiles customized to each company.] 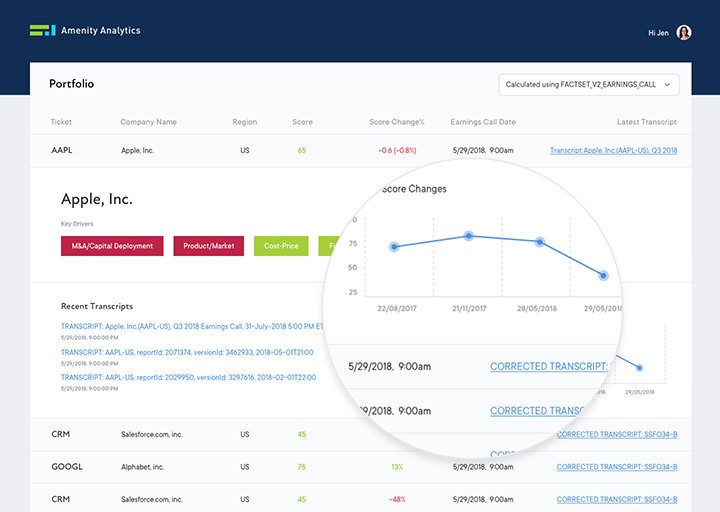 An innovation which Amenity Analytics has introduced is its Deception Model which seeks to identify evasive language used by company management during an earnings call.  The model has been trained to isolate linguistic patterns that Amenity Analytics has determined as being consistent with deceptive language. These could be stalling tactics, evasive language, attempting to spin a negative, tension with the analyst community, among other actions.

Amenity Analytics’ earnings sentiment scores were the subject of a recent research note from Bank of America Merrill Lynch’s Data Analytics, an alternative data unit created by BAML in November 2018. Bank of America’s back tests of a portfolio consisting of the top quintile sentiment scores found an average annual excess return of 6.3% for the period from March 2010 to Feb 2019.  However, returns tapered off in the final six months, most likely as earnings sentiment has become more widespread.  BAML’s analysis found that the deception analysis improved the Sharpe Ratio of the back-tested returns to 2.9. 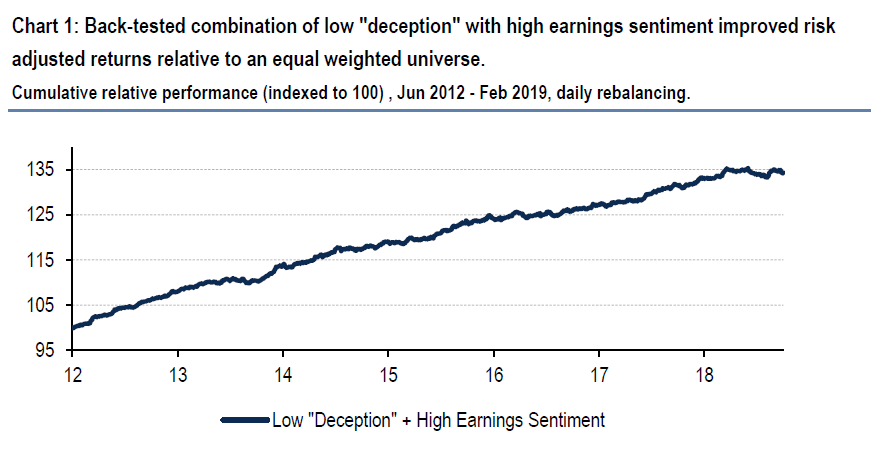 Amenity Analytics is also applying natural language processing to sell-side research as some large quantitative hedge funds have become adept at processing sell-side research to develop trading signals which are then executed automatically.  The firm is also working with sell-side firms to extract metrics and indices from their proprietary content.

Insurance companies are using the company’s platform to identify underwriting risks through analysis of financial filings and underwriting documents.

The firm expects to develop multiple use cases for its NLP platform: “It is still very early days,” said CEO Nate Storch in an interview.  “Natural Language Processing will have a massive impact on finance.  There is so much information – earnings transcripts are just a minute fraction of the millions of documents being produced daily.”

Amenity Analytics was co-founded in 2015 by Storch and Ronen Feldman, who acts a Chief Scientist for the firm.  Storch started his career as a sell-side analyst at Morgan Stanley before moving to the buy-side for over a dozen years with stints at Highbridge Capital and Sandell Asset Management.  He increasingly used NLP in his investment process, prompting him to start Amenity Analytics.

Co-founder Feldman was founder of ClearForest, an early text mining firm which was acquired by Reuters in 2007. [Thomson Reuters subsequently failed to secure the ClearForest server which was hacked in 2013.]  After selling ClearForest, Feldman became a professor of data science at Hebrew University in Jerusalem while serving as a text mining consultant to Standard & Poor’s for a decade. 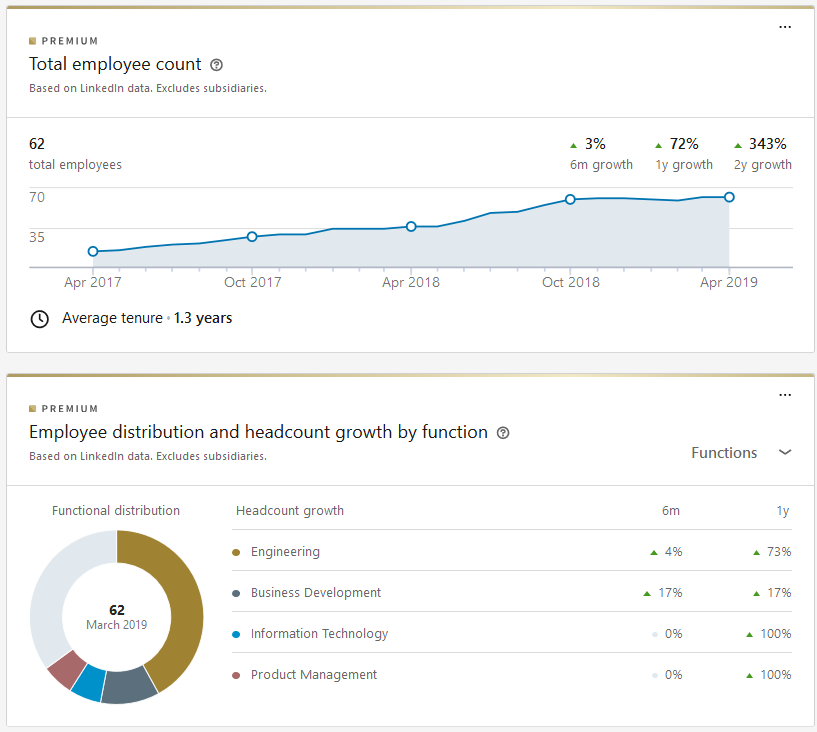 The firm employs sixty staff based in New York and Tel Aviv and is currently recruiting for nine open positions.  The firm’s LinkedIn registrations have grown 78% over the last twelve months.

Earnings transcript sentiment analysis is an increasingly crowded segment, although Amenity Analytics has added a new element in its deception modeling.  However, like Accrete.ai, the firm has set its sights more broadly on multiple use cases for applying natural language processes to financial analysis.  The firm already ingests a broad cross-section of inputs including sell-side research, news and financial statements in addition to earnings call transcripts.

We’ll be particularly interested in how the firm mines sell-side research for derivative products such as indices and metrics.  To be continued…