The following is the final in a series of three guest articles written by Tony Seker, Executive Vice President of Sales and Marketing at BrandLoyalties.com.  Brand Loyalties tracks the loyalty of on-line consumers for certain brand names — and how that loyalty shifts over time. The firm gathers and analyzes the data of on-line consumers for the products of over 1,200 publicly traded corporations.

Over the past few weeks we have explored the recent “data scientist” hiring frenzy, where millions of dollars are being offered to people experienced with extracting actionable investment intelligence from “Big Data.” We examined at least two scenarios where profitable intelligence exists: 1) using social media to stay ahead of the news cycle; and 2) capturing consumer loyalty of the brand names owned by publicly traded corporations. 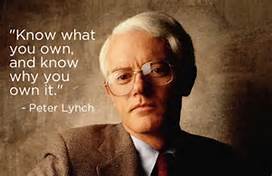 The first scenario (“staying ahead of the news cycle”) often requires making portfolio decisions in minutes, seconds or even milliseconds. The second scenario (“capturing consumer brand loyalty”) is a less frantic endeavor. It is essentially a 21st Century update to Peter Lynch’s early strategy for the Magellan Fund. One of Peter’s initial equity strategies involved selecting only those companies that he knew were selling products again and again to his family, co-workers and acquaintances – equities with so-call consumer brand loyalty.

Contemporary data scientists can data-mine “Big Data” to measure the fondness of on-line and social media consumers for certain brand names – and more critically, measure how that fondness (or consumer brand loyalty) changes over time. Whereas Peter Lynch was likely checking in with his meager ad-hoc focus group several times a year, a modern data scientist can track tens of thousands of brand names by observing millions of on-line consumer decisions on a daily basis.

The consumer brand loyalty scenario needs clever data scientists, but fortunately the time frames involved are measured in days – ultimately with an eye to anticipating quarterly revenues and earnings reports. In fact cleverness is more critical than the phenomenal data and communications resources available to the deepest pockets on Wall Street. This is where the money spent on Big Data scientists can be both necessary and sufficient to gain actionable investment intelligence.

Capturing consumer brand loyalty is, on the surface, a straight forward exercise. The less frantic time frames allow the counting of brand name citations while deferring to human analysts for final judgement on the sentiment or context behind any observed changes or spikes. The operational time frames allow equity analysts to interpret the metrics, just as they would any other form of fundamental data.

Big Data scientists still need to be exceptionally clever. Among the issues that they need to address are:

Does capturing consumer brand loyalty work? It certainly worked for Peter Lynch, his shareholders, and ultimate for Fidelity Investments as well.

The best data scientists are worth millions of dollars precisely because they know how to deal with all of these issues – all while gleaning actionable (and excess return generating) investment intelligence from Big Data.

For all of these reasons the data scientist hiring frenzy is likely to have legs.