Legal and regulatory risks associated with alternative data are increasing along with media scrutiny as data diversity and usage grows, according to a white paper released by Integrity Research Associates.  The paper argues that industry standards will be needed to blunt media criticism and reduce the risk of regulatory intervention.  Integrity Research is also co-sponsoring, along with AlternativeData.org, a webinar on the topic Thursday, 25 January 2018, at 12:00 PM US Eastern.

“We are calling for the alternative data industry to take proactive steps to inoculate participants from adverse media and regulatory scrutiny,” said Integrity Research founder Michael Mayhew.  “Consistent and broadly adopted compliance standards will reduce legal risks and compliance costs, not only for their individual entities but for the industry overall.”

The major risks associated with alternative data can be organized into a few major categories: exclusivity, insider trading, privacy violations and copyright infringements.  In addition, there are other elements of risk such as poor data quality, difficulties in validating data, increased model risk, and the potential need for additional disclosures.

Not all legal risks apply equally to all types of alternative data.  Insider trading risks pertain most clearly to data which is non-public, which can be heightened by exclusivity agreements.  Ultimately, the issue comes down to the consents obtained to collect the data and to distribute it to third parties. 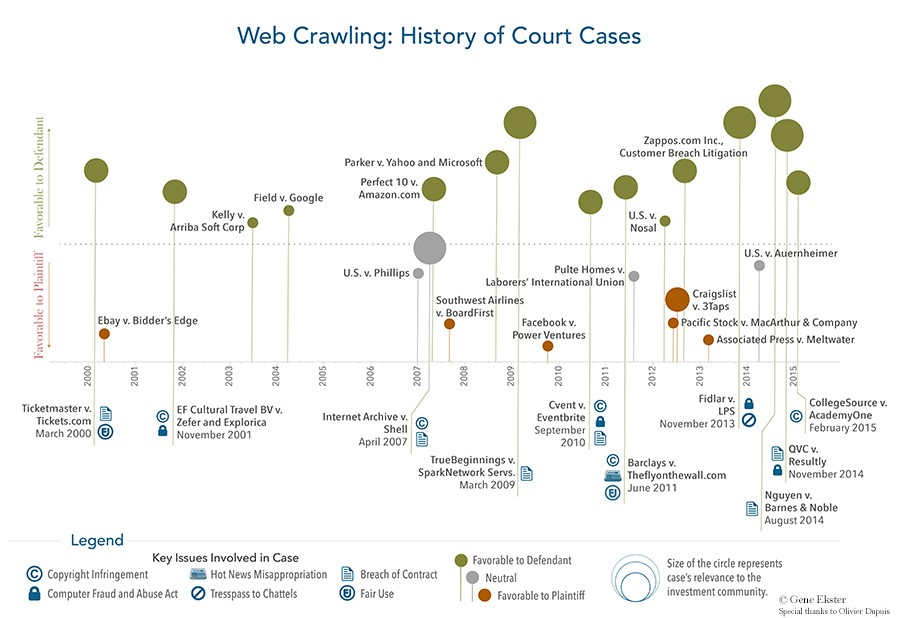 Violations of copyright law and related issues surround the harvesting of publicly available data typically available through the internet.  Copyright law is not the sole issue for users of web harvested data, which can also run afoul of breach of contract, fair use, trespass to chattels and other legal landmines, as ResearchWatch contributor Gene Ekster has explained in the past.

Integrity’s ResearchWatch has been closely following an ongoing legal battle between LinkedIn and hiQ Labs which draws on privacy laws and the Computer Fraud and Abuse Act.

The 21-page report, “Mitigating Legal Risks Associated With Alternative Data”, was prepared by Integrity Research based in part on its coverage of the alternative data industry in its ResearchWatch news and commentary service.