At an industry conference held last week, two SEC representatives acknowledged that the commission is actively looking for solutions to enable asset managers to pay for US broker research once the SEC’s temporary MiFID II oriented no-action letter lapses. 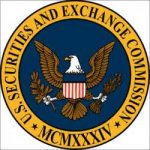 As part of these discussions, the two SEC representatives were asked a few questions regarding how the commission would address industry concerns related to the upcoming lapse of its no-action letter allowing brokers to accept cash payments for research from MiFID II subject managers.  Following are a few of the key takeaways from these conversations.

We have Three Options Going Forward.

Both representatives were asked what they thought were the SEC’s most likely options going forward in response to its temporary no-action letter.  Director Redfearn’s response seemed to encapsulate the major options, including:

We Still Have Considerable Concerns about MiFID II.

Despite these options, both Commissioner Roisman and Director Redfearn expressly voiced their and the commission’s deep concerns with MiFID II.  They both reiterated Chairman Clayton’s concern that MiFID II could harm capital formation, particularly with small cap companies.

However, they also added a few other concerns, including how a P&L based research payment model could harm mid-sized and smaller asset managers, as well as the concern that unbundling could damage mid-sized and smaller brokers at the expense of larger players.  Lastly, it was made clear that the MiFID II research unbundling rules, as a European mandate, was incompatible with US laws and regulations that appeared to be working.

We’re Working on It.

Director Redfearn explained that they are actively trying to solicit more feedback from the industry about their concerns, and they are considering various solutions to address the industry’s issues.  Both Redfearn and Roisman noted that over the past few months they have been in active discussions with many industry participants, and they asked that others reach out to them to facilitate additional dialogue on this issue.

We Believe a Solution is Possible.

Trading & Markets Director Brett Redfearn left the audience on an optimistic note as he explained his belief that a workable solution would be crafted to enable asset managers to pay brokers for their research after the no-action letter lapses in July 2020 based on Section 28(e) of the Securities Exchange Act of 1934 or perhaps even no-action relief.  While Redfearn didn’t provide any details describing what these solutions might entail, his suggestions indicate his view that the commission would not allow the no-action letter to lapse with no viable market-led solutions for the industry.

We Understand the Markets Need Time to Implement Any Changes.

Commissioner Elad Roisman commented that his primary hope for any solution to replace the temporary no-action letter would be that it is reached soon so asset managers have sufficient time to implement any operational changes required.  Currently, the SEC’s no-action letter allowing in-scope asset managers to pay for broker research using cash is slated to expire fourteen months from now (July 2020).  While Commissioner Roisman didn’t give a time table for such decision, it is clear that in his mind, the clock is winding down for the SEC.

Based on Director Redfearn’s and Commissioner Roisman’s comments at the IAA Conference, we doubt the SEC will let its no-action letter expire without viable market-based solutions available.  We also doubt the commission will extend the no-action letter permanently, nor will they broaden the no-action letter to allow non-scope managers take advantage of this relief.  Consistent with recent speeches by SEC Chairman Clayton and Investment Management Director Dalia Blass’ previous comments, we suspect the SEC will find a way to support one or more market-based solutions allowing asset managers to internally absorb the cost of broker research within the current regulatory framework.

Some global asset managers have suggested that the SEC should address this issue by publishing guidance that any cash payments received by broker dealers for their investment research would not be considered “special compensation” under the Investment Advisers Act of 1940 (one of the key reasons many brokers have refused to accept cash payments in the past).  However, many industry observers say the SEC is loathe issuing guidance or passing rules related to the ‘40 Act since the DC Circuit Court overturned the “Merrill Lynch Rule” in response to a challenge by the Financial Planner’s Association.  This concern might well squash such an approach.

One market-based solution that has started to gain traction with the industry is the MFS model where commissions used to pay for research are reimbursed by the manager.  A few other asset managers, including Capital Group have also implemented this approach, though most admit that this is a cumbersome model.  The SEC has never weighed in whether this is an acceptable solution.

Another solution that the SEC might embrace is the Cash Account approach discussed by Integrity Research in the past.  A variant of this approach where cash payments for research are formally cleared, settled and linked with the corresponding security transaction might be more acceptable as these payments would be more closely tied to executions.  Some industry participants call this variant the 28(e) method.

Regardless of which approach or approaches the SEC finds workable, we would not be surprised if the commission decided ultimately to issue guidance or “market-based” no-action relief to provide the industry with clarity about acceptable solutions to compensate US broker-dealers for their investment research.