Thinknum Alternative Data, a leading source of web data, plans to release a capability that allows users to develop and customize their own knowledge graphs creating linkages between various data items.  Although other alternative data vendors have provided access to knowledge graphs, Thinknum is one of the first to offer users a tool for creating their own.

KgBase, Thinknum’s new knowledge graph tool, is an outgrowth of internal capabilities Thinknum has been developing over the last nine months. The product includes existing knowledge graphs linking companies to brands and locations; funding rounds for startups; corporate board members; litigation affecting companies; and clinical trial data which interweaves pharma companies, their new drugs, and testing data such as phases, sites and durations.  Users can also create their own knowledge graphs or customize those offered by Thinknum.

“We found the knowledge graph to be a valuable organizer for our data sets so we decided to share the capability with other use cases,” said Justin Zhen, co-founder of Thinknum in an interview with Integrity Research. “All corporations have vast amounts of data that should be organized in knowledge graphs.”  The firm is offering the new product to clients and plans to formally release the new product later this fall, once it has completed a full set of default knowledge graphs. 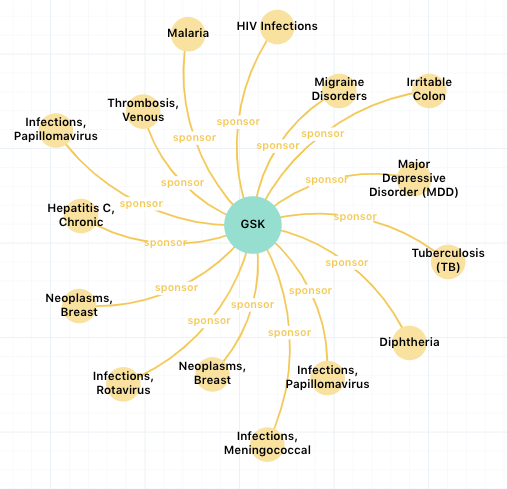 KgBase will be Thinknum’s first major product release since raising $11.6 million in a Series A funding round in March 2019.

Thinknum offers 70 datasets collected through web scraping and covers 700,000 public and private companies. The platform focuses on organizing public data such as government contracts, product pricing data, store locations, as well as extensive social media data from sources such as LinkedIn, Twitter, Facebook, Instagram and Glassdoor.  Historical data goes back to 2015, depending on when Thinknum began collecting the data.

It recently began targeting corporates which now represent about a quarter of its client base, according to Zhen. The firm’s flat fee of $800 per user per month is priced to be broadly attractive across client groups.  The firm also offers a higher fee API option that is priced on a team to team basis.  The firm has more than doubled its top-line revenues in each of the past two years.

The company originated in 2014 as a financial model sharing site, similar in concept to GitHub which allows programmers to share open source code.  Zhen was previously a hedge fund analyst and co-founder Gregory Ugwi worked as a strategist at Goldman Sachs.  The firm pivoted its product focus in 2015 from model sharing to gathering alternative data because hedge fund clients were asking for alternative data inputs for their models.

Beginning in 2018, Thinknum hired journalists including a former Wall Street Journal reporter to develop media articles based on data collected on its platform.  It maintains a dedicated website,  http://media.thinknum.com/, which includes topical articles drawn from social media and other data.

In September 2018, the company began distributing a subset of its data through Citi’s capital markets portal Velocity, which provides access to research, commentary, analytics and proprietary models.

The firm is currently at 30 employees, primarily based in its NY offices.  LinkedIn registrations have grown 27% over the past year.  The firm is recruiting for 8 open positions.

Kensho Technologies offers an ability to create knowledge graphs through its Visallo product.  Like Thinknum’s KgBase, Visallo is a productization of Kensho’s internal capabilities.  However, Visallo is targeted to use cases outside the financial sector such as law enforcement and fraud detection.

For Thinknum, the new product improves the usability of its web data, helping to differentiate it from its key rival Yipitdata, which provides a deeper set of data for a narrower group of companies (around 70), focuses exclusively on the buy-side with a higher price point for its services, and recently launched a web scraping platform.