Last week, New York-based credit ratings, research, and analytical tools provider, Moody’s Corp. agreed to pay close to $864 mln to settle federal and state allegations that the firm inflated its ratings on mortgage bonds in the years leading up to the 2008 U.S. financial crisis. 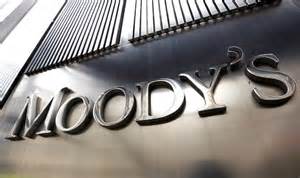 Settlement Terms
The settlement, reached last Friday stipulates that Moody’s will pay $437.5 mln in penalties to the US Justice Department and $426.3 mln which will be divided among 21 states and the District of Columbia which were involved in the investigation.

In the settlement, Moody’s, the world’s second-largest credit ratings agency, acknowledged that it did not follow to its own standards in rating the risk of collateralized debt obligations — securities which are backed by residential mortgages.  Moody’s also acknowledged that it used a more lenient standard for certain financial products, and did not make the differences from its published standards public.

William J. Baer, a principal deputy associate attorney general, said in a statement, “Moody’s failed to adhere to its own credit rating standards and fell short on its pledge of transparency in the run-up to the Great Recession.”  Baer added, “Today’s settlement contains not only a significant penalty and factual admissions of its conduct, but also a commitment by Moody’s to new and continued compliance measures designed to ensure the integrity of credit ratings going forward.”

A few of these compliance measures include separating commercial and credit rating functions; ensuring that changes to its rating methods are independently reviewed; and ensuring that some employees are not compensated based on Moody’s own financial performance.

Moody’s explained in a statement, “As part of the resolution, Moody’s has agreed to maintain, for the next five years, a number of existing compliance measures and to implement and maintain certain additional measures over the same period.”

The Moody’s settlement follows two years after Standard & Poor’s reached its $1.4 bln deal with the government, and represents approximately one third of the profits the credit agency earned during the 4 years before the credit crisis.

While some feel the settlements reached with S&P and Moody’s were a long time in coming, we are not convinced they really solved anything other than to make the government look more responsible for winning large settlements with these credit agencies.

Unfortunately, we suspect we are in no less a risky position today than we were in pre-crisis because the underlying conflicts of interest which caused Moody’s and S&P’s overly optimistic ratings has not changed.  As long as the credit agencies are paid by the issuers (the banks) to rate their securities, there will be a significant economic incentive to give them positive ratings.