According to a number of recent market studies, there is a disagreement between research providers and buy-side professionals about what 2017 portends for the research industry.  The question is who’s right when it comes to the research industry outlook — the optimists or pessimists? 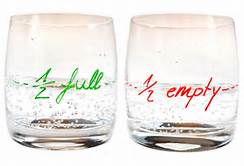 These results are consistent with our own view that implementation of MiFID II is likely to dampen demand for external research in 2017 and 2018 as buy-side firms adopt rigorous ex ante research budgets for the first time.  While many in the marketplace fear a 15% to 20% drop in research spending due to MiFID II, we don’t hold as pessimistic a research industry outlook as we only expect a drop of half as much in 2017 and 2018.

However, hope springs eternal among sell-side and independent research firms as they hold a much more optimistic research industry outlook.  Last year, we conducted an informal poll at an independent research function in the UK.  At the time, Euro IRP membership reported expecting revenue growth of 5-10% in 2016, with forecasts for higher growth in 2017.

This optimistic view is consistent with the preliminary results we are gathering from a market study Integrity is currently undertaking.  In this survey of sell-side and independent research firms, a majority of research firms (74%) expect revenue will increase in 2017, with an astonishing 48% believing that their revenue will rise more than 10%.

While it would be easy to dismiss this result as the optimistic bias associated with forecasting your own business, there might be some validity to this view.  Buy-side firms may be reticent to decrease their research spending much if at all while rolling out MiFID II.  This is due in part to their concerns that their clients take this as evidence that they have been misusing their funds by overspending on research in the past.

In addition, some argue that hedge funds are likely to increase their use of sell-side and independent research in the coming years as they look for some way to reverse the recent period of below market performance.  This view has some anecdotal support.  Innovative research providers and those marketing alternative data services have definitely seen a pickup in hedge fund demand in 2016 that is likely to continue in 2017.

Independent research firms also believe that their business prospects are likely to be brighter in the future as the buy-side shifts their research spending away from sell-side providers.  In fact, asset managers surveyed in the RSRCHXchange survey supported this view.  72% of those surveyed said they expect to pay for a full research offering from fewer than five bulge bracket investment banks (24.5% said they would be unwilling to pay for any of them).  In addition, 67% of survey respondents expect bulge bracket banks to constitute less than 60% of their research spend going forward, which represents a decline from surveys conducted by Institutional Investor in 2014 and 2012.

So who is right?  Clearly, we lean towards a modestly pessimistic overall research industry outlook as we believe that MiFID II, investors’ continued shift into passive investments, and weak equity commission volumes will keep a lid on buy-side research spending over the next few years.

However, we see merit in some of the arguments made by optimists.  In fact, we agree that innovative research firms and alternative data providers should see increased demand in the coming years as hedge funds look to break out of their recent performance slumps.  We also expect that over the coming few years, asset managers, particularly in Europe, are likely to shift a significant amount of their research spending away from large investment banks towards boutique brokers and independent research providers.

Consequently, we suspect that the research industry will experience a mixed performance in the next few years, with some providers seeing healthy growth while others will experience falling buy-side demand.  Ultimately where you fall on this continuum will depend on the type and uniqueness of your research service.