In recent months, a number of firms have either merged operations or shuttered their US equity businesses altogether as weak market conditions and regulatory headwinds have made them unsustainable.  However, is anyone adding to their research staffs today?

Shrinking of US Equity Research Positions 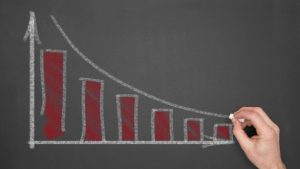 In January, New York based Brean Capital decided to shut down its equities business, laying off 35 staff representing about 20% of its employees, including all of its equity research analysts except one — Blair Brantley who was hired last November to cover regional bank stocks.

Firms Expanding their US Research Staffs

According to an interview with efinancialcareers.com, management at German bank Berenberg said they plan to add about 30 staff in the US in 2017, 15 research analysts, 5 in equity sales, and a number of traders and sales traders.  Berenberg is planning to continue hiring in the US in 2018, as they expect to build their U.S. business to a similar size as their UK and European businesses over the next 3 to 5 years.

Although not one of the “Big Four” Japanese securities houses, Mizuho has been expanding its cash equities business aggressively in recent years.  In 2015, the firm projected hiring about 20 equity staff from December to March in Tokyo, Hong Kong, New York and San Francisco.  Mizuho Americas recently added 1 new equity research analyst in 2017, following 4 new analyst additions in 2016, 4 new analysts in 2015, following the hiring of a new US research director late in 2014.

Recently, Montana-based investment bank, DA Davidson, announced the hiring of two senior research staff, including a bank analyst and a new Director of Research who was formerly with Wedbush Securities.  Davidson was hiring actively in 2015, with four new hires during the year, then went quiet in 2016, shrinking its publishing analysts from 19 as of the end of 2015 to the current 17 analysts.  Currently the firm is looking to fill two equity research associate positions.

When all is said and done, the number of US research positions shed in recent months greatly outstrips the number of jobs that have been added as most banks are nervous about the future of the equity business given weak equity commission revenues, uncertainty in the IPO market, and increased regulatory pressures.

However, this does not mean that some firms are not taking a contrarian view to the equities business, looking to hire high quality staff when others are shedding employees.  Firms like Berenberg, Mizuho, and DA Davidson are three boutique or regional banks that have made moves to expand their equity research franchises, hoping to pick up market share while others exit the business.