The following is the second in a series of guest articles written by Tony Seker, Executive Vice President of Sales and Marketing at BrandLoyalties.com.  Brand Loyalties tracks the loyalty of on-line consumers for certain brand names — and how that loyalty shifts over time. The firm gathers and analyzes the data of on-line consumers for the products of over 1,200 publicly traded corporations.

Last week we wrote that hedge funds are in a “data scientist” hiring frenzy, paying millions of dollars to lure experienced data scientists to their firms. We explored two scenarios in which data scientists have offered their employers profitable investment intelligence: 1) using social media to stay ahead of the news cycle; and 2) capturing consumer loyalty to the brand names owned by publicly traded corporations. 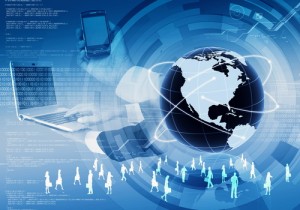 Unfortunately, it is very difficult to stay minutes, seconds or milliseconds ahead of the data and communications resources owned by competing funds that also possess deep pockets. And when milliseconds count, it is critical to understand exactly where (or when) you have tapped into the media stream flow. Those competing funds may very well have acquired privileged “upstream” access to the same media feeds used by everyone else, including many of the social media research providers.

Perhaps even worse is social media’s own unique set of mine fields:

Additionally, “Big Data” scientists have a host of other problems that require clever solutions:

Each firm seeking to stay ahead of the news cycle needs to ask some simple questions: Are we willing to restructure our energy portfolios based on an unconfirmed Pashto social media posting? Are we willing to liquidate an otherwise favorable portfolio position based on milliseconds of analysis of a snarky Presidential tweet that was subsequently deleted?

In the “staying ahead of the news cycle” scenario, hiring a first class data scientist may be necessary, but it is not sufficient. You also need data and communications resources that can compete with the very deepest pockets on Wall Street, and the guts to act blindly (and perhaps in milliseconds) on whatever turns up.