Citibank was the leading sponsor of investment conferences in the third quarter of 2018, edging out JP Morgan and Credit Suisse, according to investor relations platform provider Virtua.

The 797 second quarter events tracked by Virtua’s StockConferenceCalendar service were a 32% decline from the 1167 conferences held in the busy second quarter of 2018, largely attributable to seasonality since the third quarter tends to see fewer conferences generally.  The number of conference organizers decreased by 21% in the quarter to 262 providers from 332 the previous quarter. 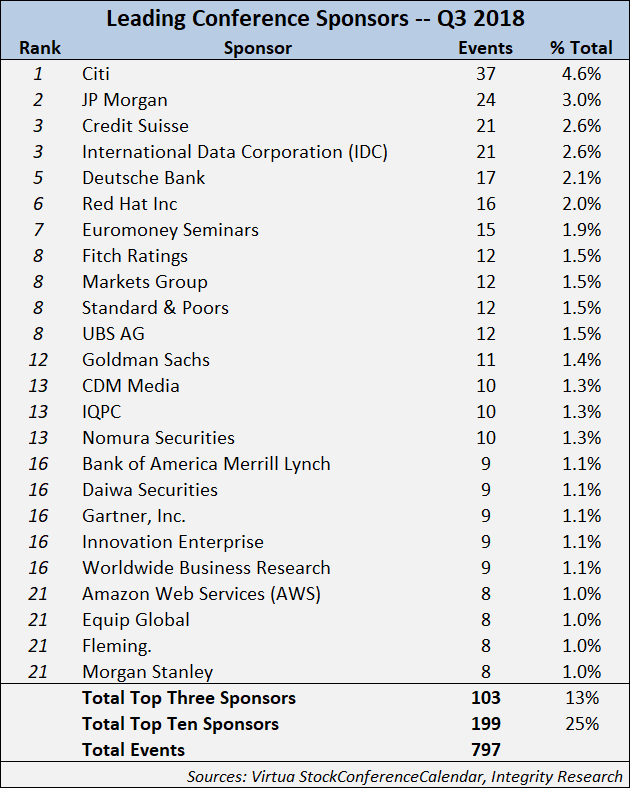 The top three sponsors – Citi, JP Morgan and Credit Suisse which tied with International Data Corporation (IDC) for third – each organized over twenty conferences during the quarter, collectively representing 13% of the total. 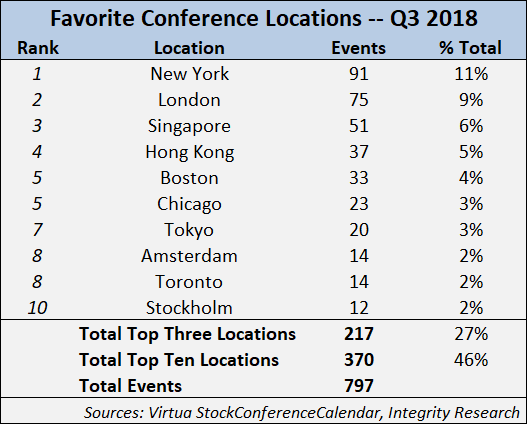 Financials were the most common conference subject, reflecting a diversity of topics such as fixed income and macroeconomic themes.  Outside of financial, technology was the next most popular sector theme, followed by energy. 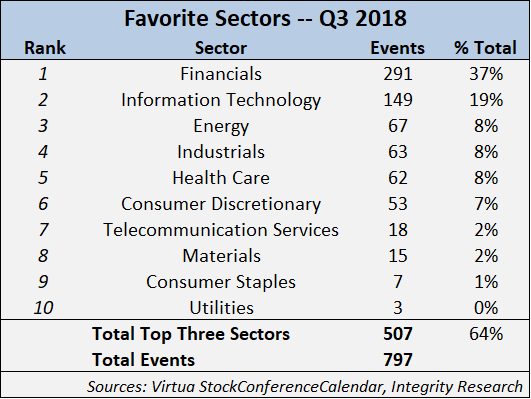 High touch services such as conferences and other events are one of the more highly valued research products. Large investment banks have been among the most active conference sponsors because they have been traditionally paid through commission trading.  Despite pressures on cash equities margins from market and regulatory forces, banks continue to be among the top conference sponsors.