According to an interview with the Financial Times, Citigroup’s President recently suggested the firm could cut close to half of its investment banking jobs over the coming five years due to automation and machine processing. 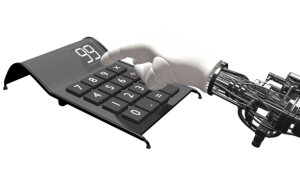 In an interview with the Financial Times published last week, Jamie Forese, the president of Citigroup and chief executive of the bank’s institutional clients group, forecast that automation in its investment banking group’s technology and operations units could lead to 10,000 staff reductions in the coming five years.

Forese wasn’t the only Wall Street executive who made such a dire forecast.  Richard Gnodde, CEO of Goldman Sachs International admitted that the job cuts which have taken place due to automation in recent years are likely to continue.  Gnodde explained, “There are so many functions today that technology has already replaced and I don’t see why that journey should end anytime soon.”

Last September, Deutsche Bank CEO John Cryan also warned that many workers at the company could be replaced by robots and other forms of automation.  “In our banks we have people behaving like robots doing mechanical things — tomorrow we’re going to have robots behaving like people,” he said.

Mr Forese acknowledged that Citigroup would focus its hiring in other areas such as sales and research. “What people are doing, the type of work being done by the human rather than the machine will change,” he added.

In the past few years, there has been considerable buzz about the growing importance of machine learning and artificial intelligence at Wall Street firms. We agree that these and other technologies are likely to have a profound impact on the way investment research and asset management is conducted in the future.  The adoption of this technology should prompt the hiring of new staff with new skillsets.

However, we also admit that these technologies will also have a high social cost as Wall Street  transitions from a business model where many operational and repetitive jobs are replaced by this new technology.  The real question is how far can these staff cuts go?