Background of the Case 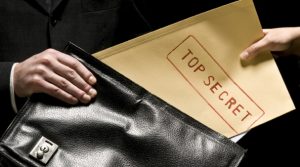 Last week, a Manhattan federal jury found Mr. Pinto-Thomaz guilty of tipping Jeremy Millul, a jeweler in Manhattan’s Diamond District, and another friend in March 2016 about the pending merger of Sherwin-Williams and Valspar Corp. after confidentially learning about it at work.  The other friend ran an upscale hair salon in Manhattan’s Flatiron District.

Between March 10 through March 18th 2016, both of Pinto-Tomaz’s friends purchased Valspar stock and out-of-the-money call options.  On March 21, 2016, the first trading day after the public announcement of the acquisition, the price of Valspar stock increased approximately 23% over the prior day’s close.

U.S. Attorney Geoffrey Berman said:  “Sebastian Pinto-Thomaz stole confidential information from his employer and passed it to two men he had known for years – and he did it for his own personal benefit.  While the defendant attempted to blame his mother for this conduct at trial, as a unanimous jury found, it was Pinto-Thomaz who committed insider trading.”

On first blush, the Pinto-Thomaz case is not terribly interesting as it is a run-of-the-mill insider trading case.  However, one interesting precedent established during the case will have a lasting impact how prosecutors communicate with jurors in the future about insider trading.

In a pretrial motion, lawyers representing Pinto-Thomaz argued that language characterizing that the stock market should be a “level playing field,” doesn’t properly describe how the stock market works.

They argued that U.S. Supreme Court precedent, including Dirks v. U.S. Securities and Exchange Commission, provides that the stock market is not supposed to be fundamentally fair, or a level playing field, as investors routinely seek out ways to gain an advantage over their competitors to increase profits.  Judge Jed S. Rakoff agreed, saying, “Anyone who thinks that the stock market is a level playing field obviously has no contact with reality.”