The following is a guest article by Mark Culpin, a cash equities business analyst with previous experience at Redburn and Credit Suisse.

First quarter trading in European and U.S. equities was strong, the best since the first quarter of 2016.   The implementation of MiFID II did not appear to dampen market volumes, although activity on non-displayed price venues fell once curbs on dark volume went into effect in March. 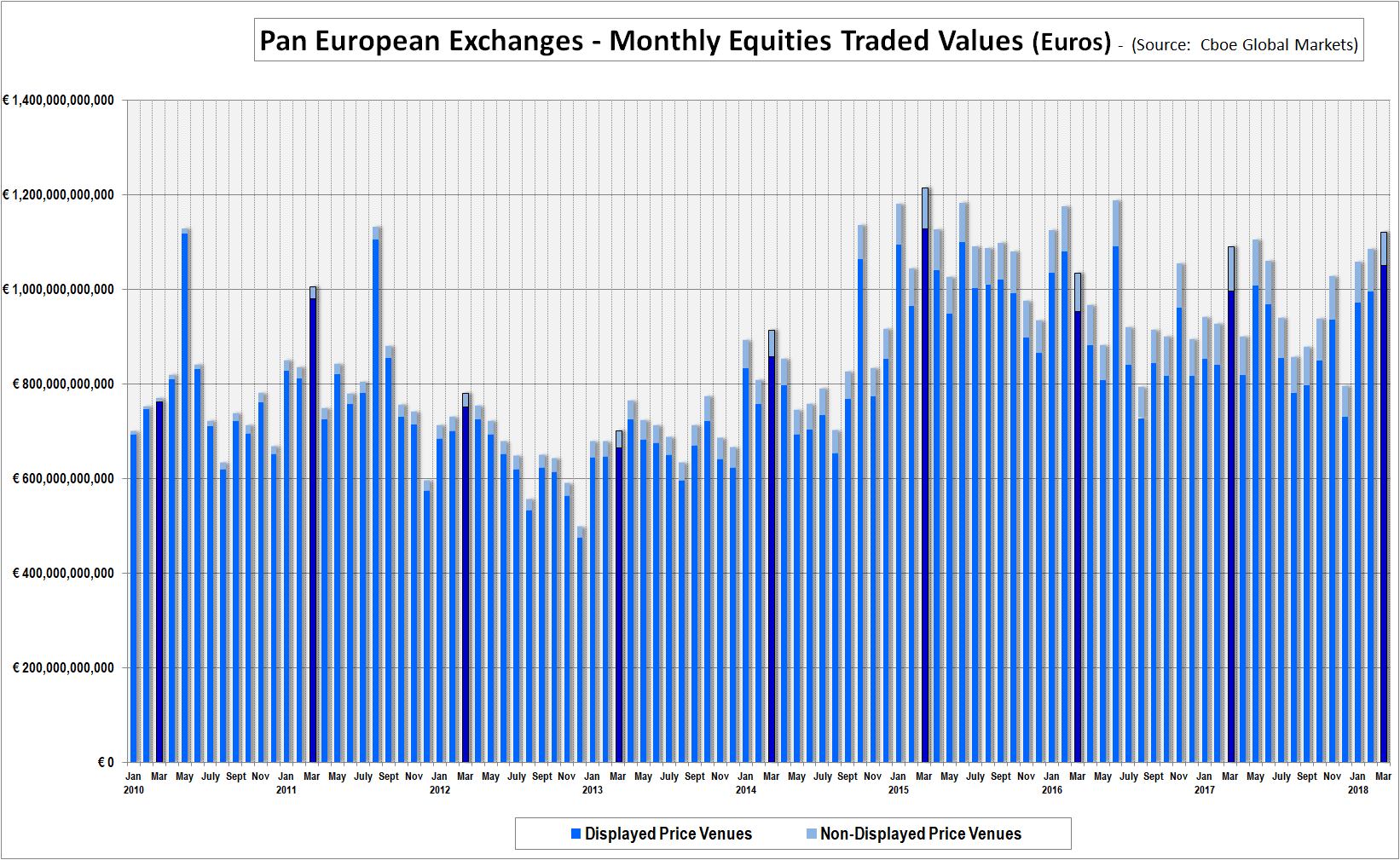 The trend is clear when looking at quarterly volumes.  Building on the very strong levels of activity in January and February, the first quarter 2018 shows the best levels of trading activity since Q1 2016.  First quarter trading was up 18.3% from the fourth quarter of 2017 and up 10.3% from the prior year levels. 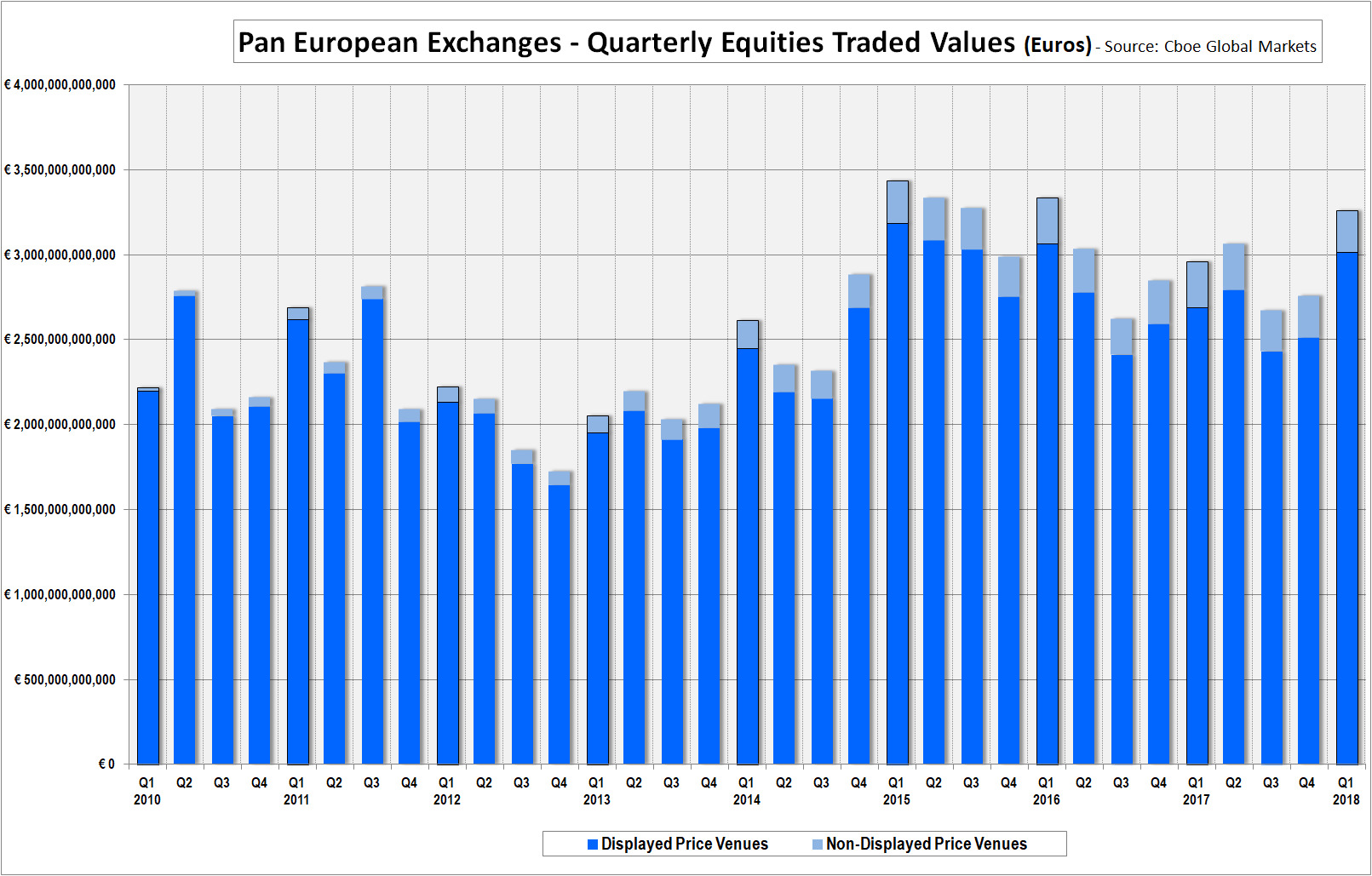 The only clear evidence of MiFID II’s impact on European equities trading was the impact of dark volume caps which went into effect on March 12th.  The percent of trading on non-displayed price venues dropped from 9.5% in the first part of the month to 5.5% after the curbs were in place. 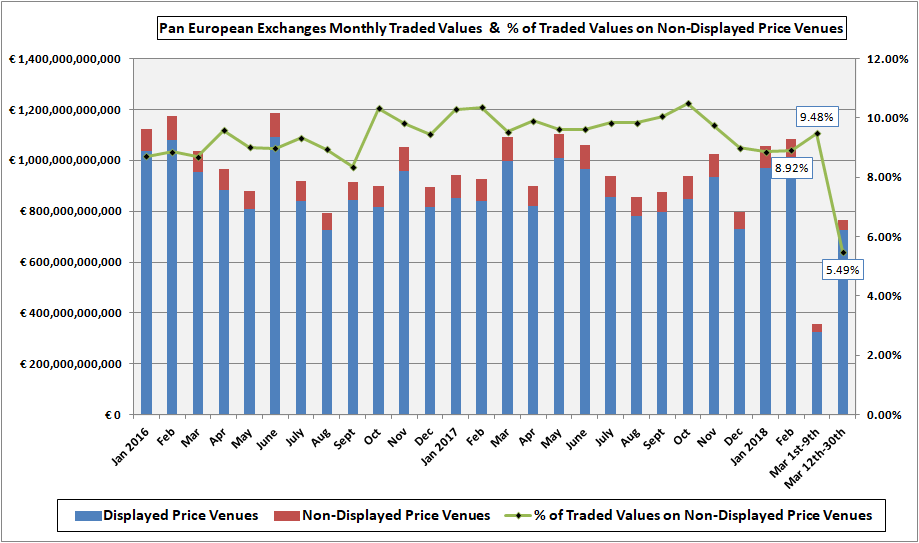 US trading volumes eased slightly in March from February levels, but remained strong.  Activity fell 4.9% in March but were up 6.2% year-over-year. 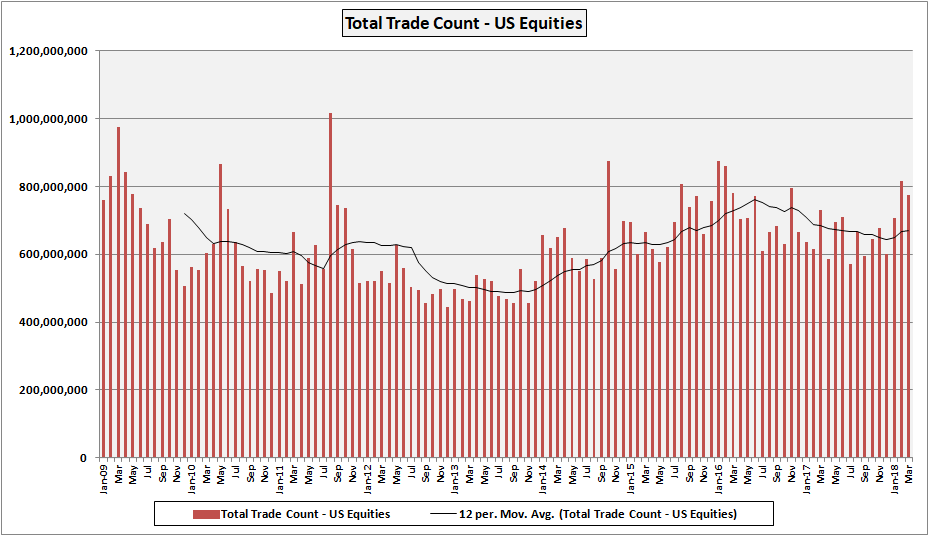 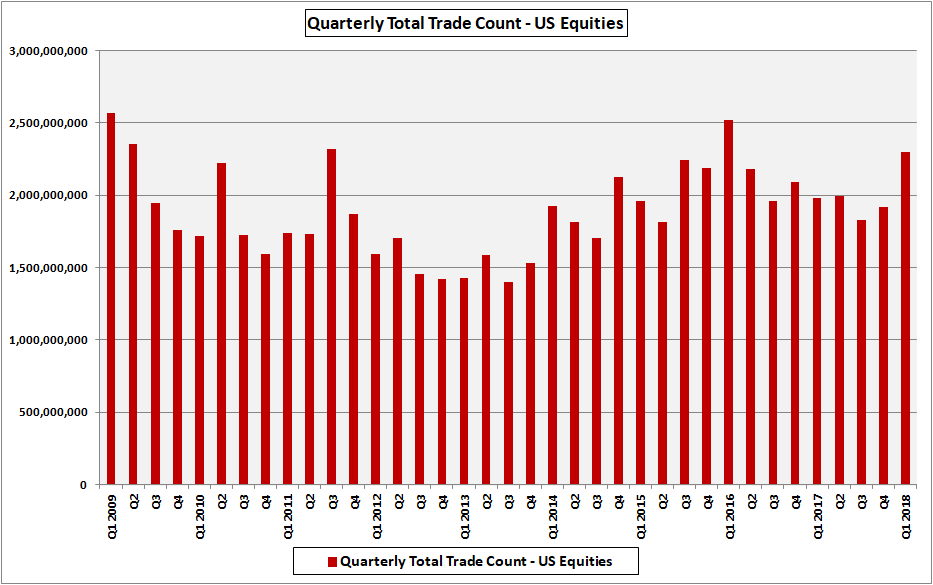 The robust market volumes should help first quarter equities results for the bulge firms and some of the smaller brokers.  Post MiFID II, we will see if the rising tide floats all ships, or if some firms struggle in the increasingly unbundled environment.

Mark Culpin has over 25 years’ experience working for James Capel, HSBC Securities, Credit Suisse Securities and most recently Redburn, reporting to Heads of Equity Research and Sales. Among his duties were designing, developing and maintaining management information systems (including CRM platforms) and providing a range of internal and external revenue and business analysis, including regular summary reports for senior management.