Despite $100 billion in outflows, hedge fund assets surpassed $3 trillion in 2016, growing about 4% as positive performance offset negative flows, based on data from Hedge Fund Research.  However, equity and macro hedge funds which represent a core customer base for investment research were among the hardest hit segments during the year. 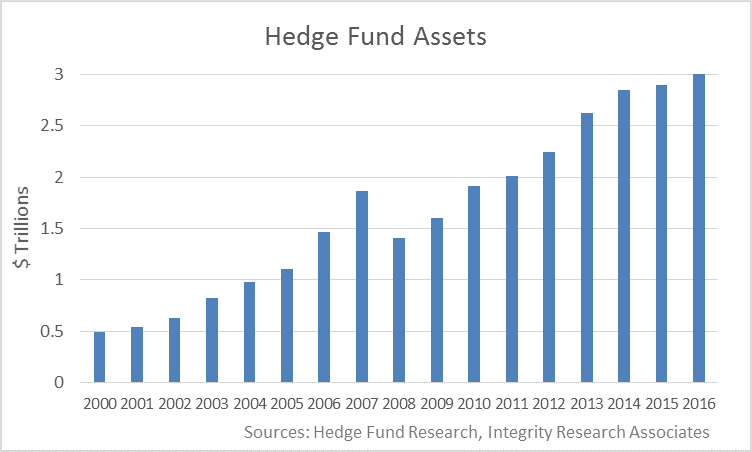 On a percentage basis, 49% of equity hedge fund flows were exits, while macro funds had the highest percentage of outflows at 57%. 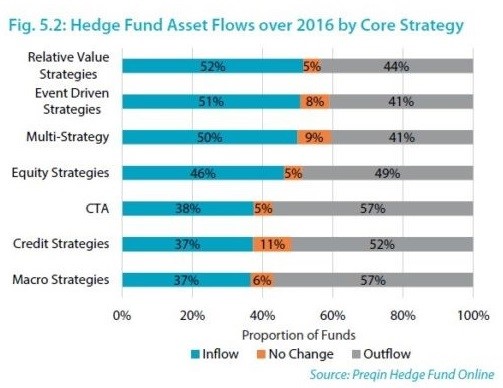 2017 promises to offer more of the same.  According to Preqin, more investors intend to decrease their hedge fund allocations over the next 12 months than those that intend to increase them.  If so, to grow assets, hedge funds will have to have another year of good performance. 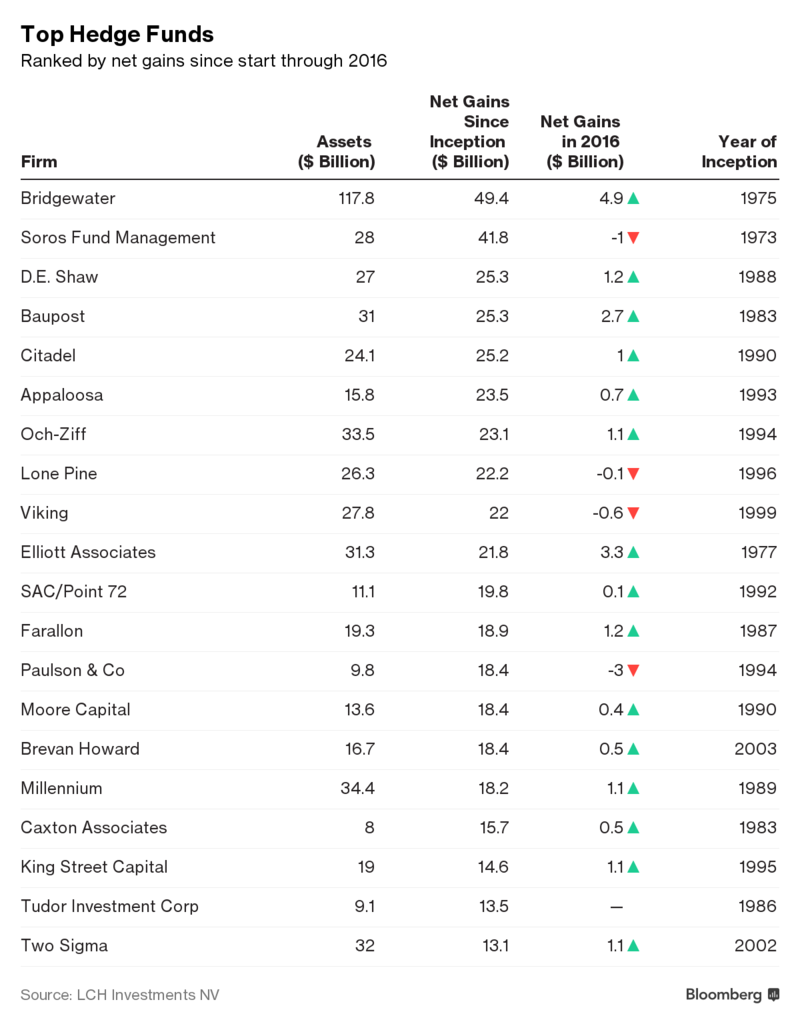 A report by LCH Investments cited in a Bloomberg article showed most of the top hedge funds returning gains, except for Paulson, Soros and the Tiger alumni Viking and Lone Pine which collectively lost $4.7 billion. Overall, the biggest funds earned $16 billion after fees, providing a 2.6% weighted return that “was way below their historical standards,” according to the report.

Hedge funds represent one of the most important client segments for research providers because they tend to pay generously for research which they believe adds value to their investment process.  Macro hedge funds are an important client segment for many economic research and investment strategy firms, so macro hedge fund difficulties help to explain why many economic research firms have been challenged.  Euromoney recently reported its macro research properties BCA Research and Ned Davis Research have “felt the impact of the cost and fee pressures facing the [asset management] sector.”

The current hedge fund environment for research is at best mixed, with some funds doing relatively well while others are struggling.  The overall pressures on the industry from client outflows and fee pressures are not likely to improve anytime soon, unfortunately for investment research providers.