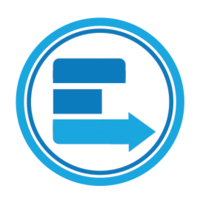 Joe joins Edgewater following close to 17 years of experience in research and accounting in the Cleveland area.  Prior to joining Edgewater, Wittine spent close to 12 years working as a senior research analyst with independent research firm Longbow Research doing channel based research in the Technology and Industrial industry verticals.

While at Longbow, Joe’s research coverage included Industrial Tech including IPGP, COHR, EFII, DDD, and SSYS; Data Storage including WDC, STX, NTAP, EMC, NMBL, TDC; and Consumer Tech including GRMN, FIT, GPRO.  In 2018 Joe was ranked in the Top-10 for earnings estimates of the 1,000+ ranked US sell-side analysts by Thomson Reuters.

Earlier in his career, Joe spent 5 years as an auditor with PricewaterhouseCoopers managing global audits in PWC’s automotive and industrial groups.  Joe graduated with a BSBA in accounting from John Carroll University and holds Series 7, 63, 86 and 87 Licenses.

Edgewater Research was founded in March 2018 when six staff defected from Cleveland Research, joined by a former salesperson from Zelman & Associates.  The firm covers two sectors, consumer and technology.  The three person consumer team is headed by CEO Daryl Boehringer and the three person technology team is led by Kevin Rottinghaus.  Both lead analysts had been with Cleveland Research since its founding in 2006, when forty staff, including twenty-five analysts, broke away from FTN Midwest Research.

The addition of a technology analyst with channel research experience like Joe Wittine makes considerable sense for Edgewater as the firm tries to build up its coverage in one of its two core research sectors.  It is also important to note that Wittine’s research training came while at Longbow Research under the tutelage of David Macgregor, the former Founding Chairman and CEO at Midwest Securities, and an executive at FTN Midwest.

Although Edgewater just filled its one open research position with the hiring of Mr. Wittine, we would not be surprised to see the firm expand its research and sales teams in 2019 as it attempts to scale its business.  However, we also would not be surprised to see Edgewater hunt for talent to build out its staff in the Cleveland area where Cleveland Research, Longbow Research, and Zelman & Associates all reside.