Background of this Insider Trading Case 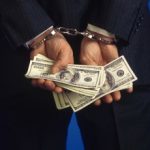 Bill Tsai, a junior analyst who joined RBC Capital Markets in July 2018, learned of the impending acquisition through his work.  Government prosecutors allege that in late March and early April, Tsai bought 187 out-of-the-money call options in EFI in a personal account he hid from RBC.  The US claims that Tsai earned $98,750 in illicit profits on these options that he sold shortly after the deal was announced.

Tsai was arrested and charged with a single count of securities fraud.  He was released on a $100,000 bond and faces a prison sentence if convicted.  Tsai is set to appear in court on Sept. 11 for a preliminary hearing on his criminal charges.

U.S. Attorney Geoffrey Berman in Manhattan explained their action against Tsai in this case in a statement, “His profits were not the result of trading acumen, diligent research, or blind luck, but rather, as alleged, the product of theft of confidential information from his employer.”

RBC Capital Markets subsequently fired Tsai, saying “RBC has a zero-tolerance approach to any breach of the law or our code of conduct.  We have cooperated fully with law enforcement as it relates to this matter.”

While at NYU Stern, Tsai took a variety of course focused on professional ethics and social responsibility.  Once joining RBC Capital, Tsai also went through training that covered RBC’s policy on insider trading requiring employees to keep non-public information confidential and clearly stating that insider trading is both against its policy and federal law. Tsai also signed a form when he was first hired stating that he did not have “employee or employee related” trading accounts like the one he allegedly used to buy EFI stock.

What this case highlights is the fact that taking business ethics courses and undergoing compliance training, by themselves will not eliminate criminal insider trading activity.   Clearly, Tsai felt the potential reward of insider trading was greater than the risk and associated penalties of being caught.  As long as people continue to believe this calculus is true, insider trading will remain a problem the regulators will need to battle.