Oslo-based bank, DNB has recently announced that it plans to offer “issuer sponsored” research as a way to finance the production of research for uncovered or under covered companies and to recoup some of the revenue lost as a result of MiFID II. 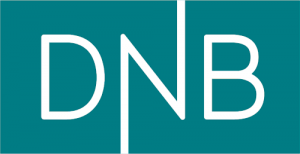 According to an article published by Bloomberg Markets, Scandinavian bank DNB recently announced that it plans to publish its first “issuer sponsored” research in the next few weeks.  “Issuer Sponsored” research is a type of company research service that is paid for by the issuing company.  Traditionally, small cap and micro-cap companies with little investment bank coverage have paid research firms to produce this type of research as a way of getting the word out on their companies.

DNB management has explained the reason it is embarking on this effort is because MiFID II has created an “existential threat” to investment bank research, forcing many firms to reconsider how to finance their research operations.  Many asset management firms subject to MiFID II have reportedly cut the amount they are spending on investment bank research, with the prospect that these spending reductions will continue to fall over the coming years.

DNB argues that three or four of their competitors are also rolling out “issuer sponsored” or “commissioned” research services.  SEB AB and Nordea Bank AB are two such firms that have started to offer a similar service.  Nordea Markets explains that its sponsored research product “aims to highlight and enhance the transparency of smaller listed companies,” and that the reports do not “constitute investment advice”.  Currently Nordea has published sponsored research or five small cap companies.

Replacing one Conflict of Interest with Another

The traditional problem with “issuer sponsored” research is the fact that it has been considered inherently conflicted as the firms writing this research have been paid to do so by the companies under coverage.  Consequently, investors have had obvious concerns that the conclusions or recommendations reached by the analysts are overly optimistic.

It is interesting to note that the reason DNB and other Nordic banks are adopting this business model is because MiFID II is causing a sharp decline in asset manager payments for their research.  One of the EU’s main rationales for adopting MiFID II was to eliminate the conflicts of interest associated with investment banks providing fund managers with bundled research – a practice they felt created an inducement to trade with them.

In an effort to address these conflicts, DNB has taken several steps.  Not only are they making it clear that the research report is being paid for by the issuing company, but they are not providing Buy/Sell/Hold recommendations.  In addition, they are not providing specific price targets for these companies but rather offering readers of these reports a valuation range.

The rise of “issuer sponsored” research is not a surprising development given the fact that many investment banks have been trimming their coverage universe due to the research revenue declines brought on by MiFID II.  In fact, we would not be surprised to see a number of regional or boutique investment banks adopt such an approach as a way to boost their research revenues going forward.  Some might argue this trend creates a good option for small and micro-cap companies that won’t be able to attract research coverage at all.

However, the commissioned or “issuer sponsored” research model is fraught with conflicts of interest for investors that will be difficult, if not impossible to eliminate.  Consequently, we suspect that as this business model becomes more popular for investment banks, it will become harder for investors to find unconflicted research on these smaller cap companies.  Clearly, investors will be faced with a new conflict of interest on the heels of getting rid of one with MiFID II.