A publication by UK-based asset manager Schroder Investment Management argues that alternative data represents a major opportunity for investment managers, so much so that “it would be negligent to ignore these alternative sources of data given the potential alpha to be found within.” 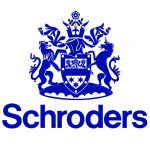 Schroders was one of the first fundamental asset managers to set up a dedicated team to analyze alternative data.  The firm set up a Data Insights Unit in 2014, hiring data analysts to help its equity analysts and portfolio managers mine insights from big data.  Schroders says the team has grown to over 20 data scientists from a variety of backgrounds and industries.  CEO Peter Harrison has cited the strategic importance of big data to Schroders’ investment process:  “The productivity tools  that we’re getting from robotics, the data insights that we’re getting from better insights to our  investors from fundamental understanding of big data, will significantly change the way in which we’re going about our business.” 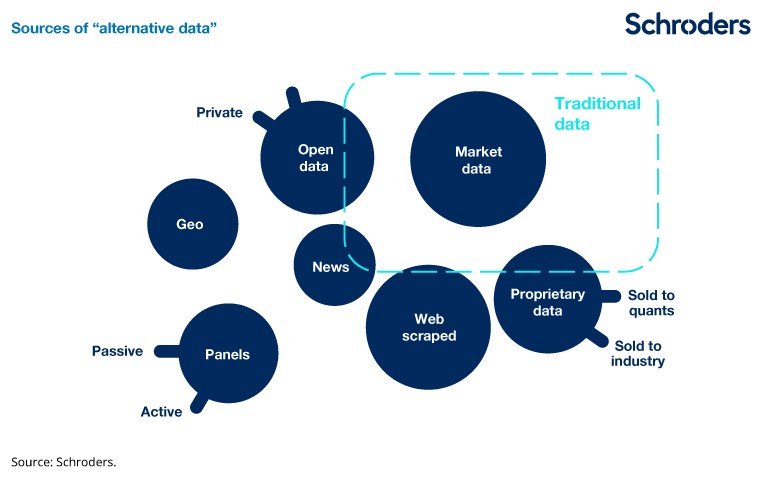 In “Harnessing the information revolution” co-authors Ben Wicks, a portfolio manager who was appointed Head of Research Innovation, and Mark Ainsworth, a data scientist who heads the Data Insights Unit, criticize the asset management industry for being slow to embrace big data:  “Other industries have been faster to adapt to this new world than finance which has come to heavily rely on the information provided via their terminals. Fund managers have not learnt to handle things for themselves in a way that the pharmaceuticals sector has, for example…”

Asset managers should be taking a systematic approach, “bringing in coding and data engineering skills to create a ‘Big Data’ analytics capability. In our opinion fund managers which invest properly in this area will benefit from an ‘information edge’.”

Schroders believes that information edges derived from alternative data are sustainable, not fleeting, because “large traditional fund management firms have a significant advantage over both smaller firms and hedge funds when using Big Data to support fundamental research. This is because they already have a large body of well-informed analysts, meaning hypothesis-generation can be better informed and more reliable.”  Ainsworth has argued elsewhere that long-only investors can find alpha in areas of alternative data where quantitative hedge funds are not looking or cannot incorporate within their short-term trading methodologies.

Schroders cites an early example involving the merger of UK gaming groups Ladbrokes and Coral, first announced in 2015. Because Schroders had a holding in Ladbrokes, its investment staff wanted to how many stores would need to be divested for the merger to be approved.  Estimates from sell-side analysts ranged from 100 and 1,800 stores out of a combined total of 4,000 stores.  The Data Insights Unit obtained data and calculated the distance of every store to every other store, concluding that 400 stores would need to be sold.  Eighteen months later the merger was finalized with the disposal of 359 stores. 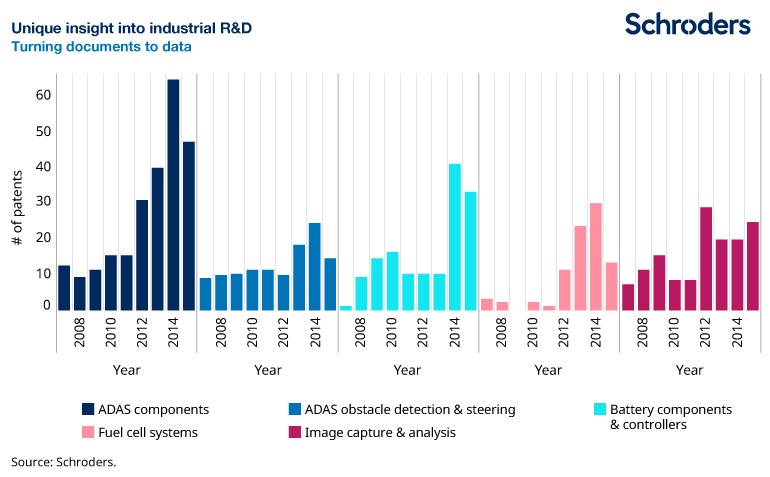 The article also cites analysis of patent data which classified patents filed by auto manufacturers over the last decade, ranging from fuel cell systems to advanced driver assistance systems (ADAS).  The analysis was used to identify where car companies are focusing their R&D efforts going forward.