The following is a guest article by Mark Culpin, a cash equities business analyst with previous experience at Redburn and Credit Suisse.

Second quarter trading in European and US equities were not as strong as the first quarter but remained solid.  US trading volumes remained higher than any other quarter since 2016 (other than the first quarter 2018).  The implementation of MiFID II dark trading curbs dampened activity on non-displayed price venues fell once curbs on dark volume went into effect in March. 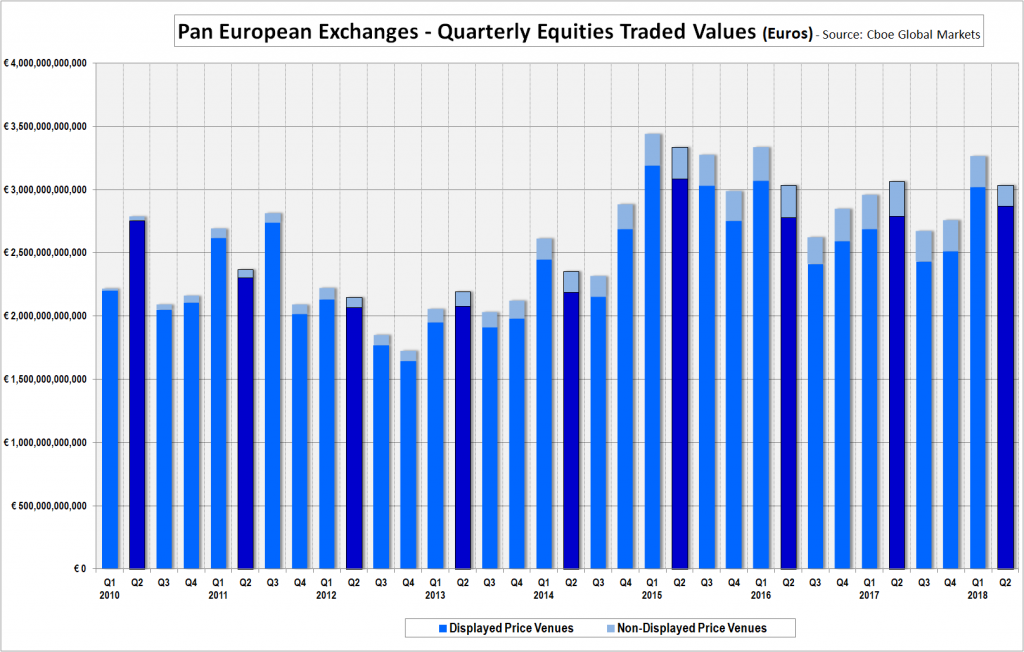 The only clear evidence of MiFID II’s impact on European equities trading was the impact of dark volume caps which went into effect on March 12th.  Prior to the introduction of the curb on dark volumes, non-displayed price venues represented 8.2% (Jan 2nd – March 11th) of total trading activity.   Immediately following the introduction and throughout the second quarter, the % of non-displayed trading activity has been very consistent – the average over the period March 12th – June 29th was 5.3%. 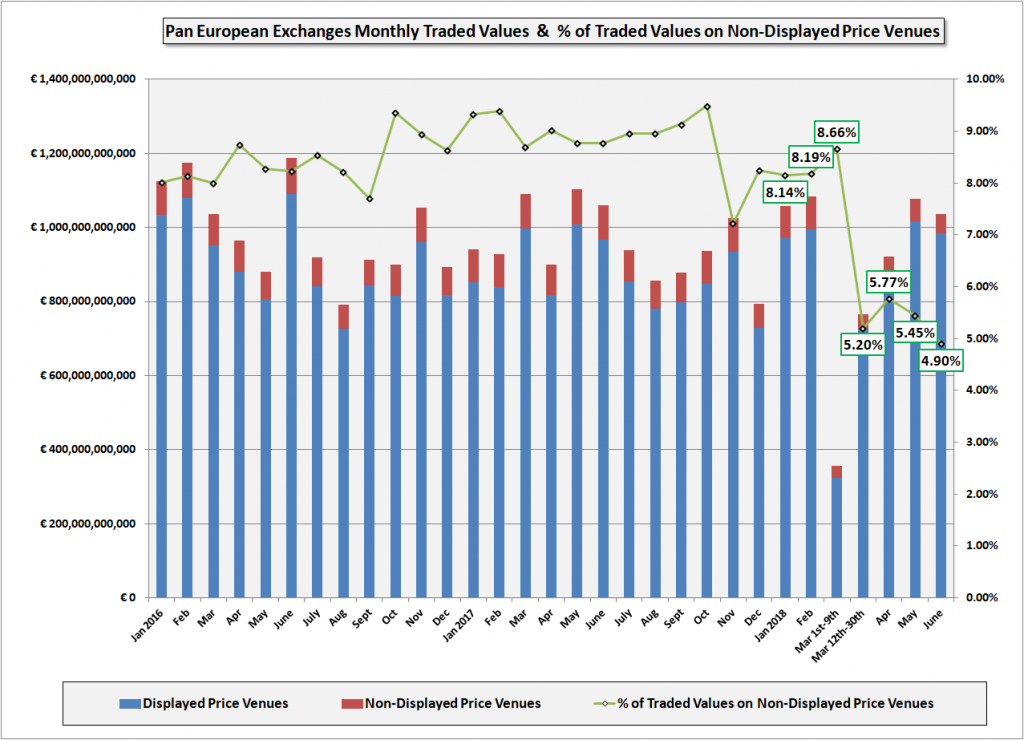 The solid trading volumes, particularly in the US, go some way to explain why the bulge bracket banks are generally reporting robust second quarter performance in their equities capital markets units.  Derivative trading statistics are not included in the equities volumes shown here, but are correlated.  Favorable equities trading volumes are helping offset any brokerage unbundling pains, at least for now.