Following typical seasonal patterns, third quarter trading in European and US equities declined from the second quarter but were consistent with prior year levels.  European trading levels seem unfazed by MiFID II while US volumes continued strong relative to 2017.

MiFID II appears to have had no negative impact on European equities trading year-to-date.  Volumes have increased 3% in the first nine months of 2018 relative to the equivalent period in 2017 and are nearly identical to 2016 volumes. 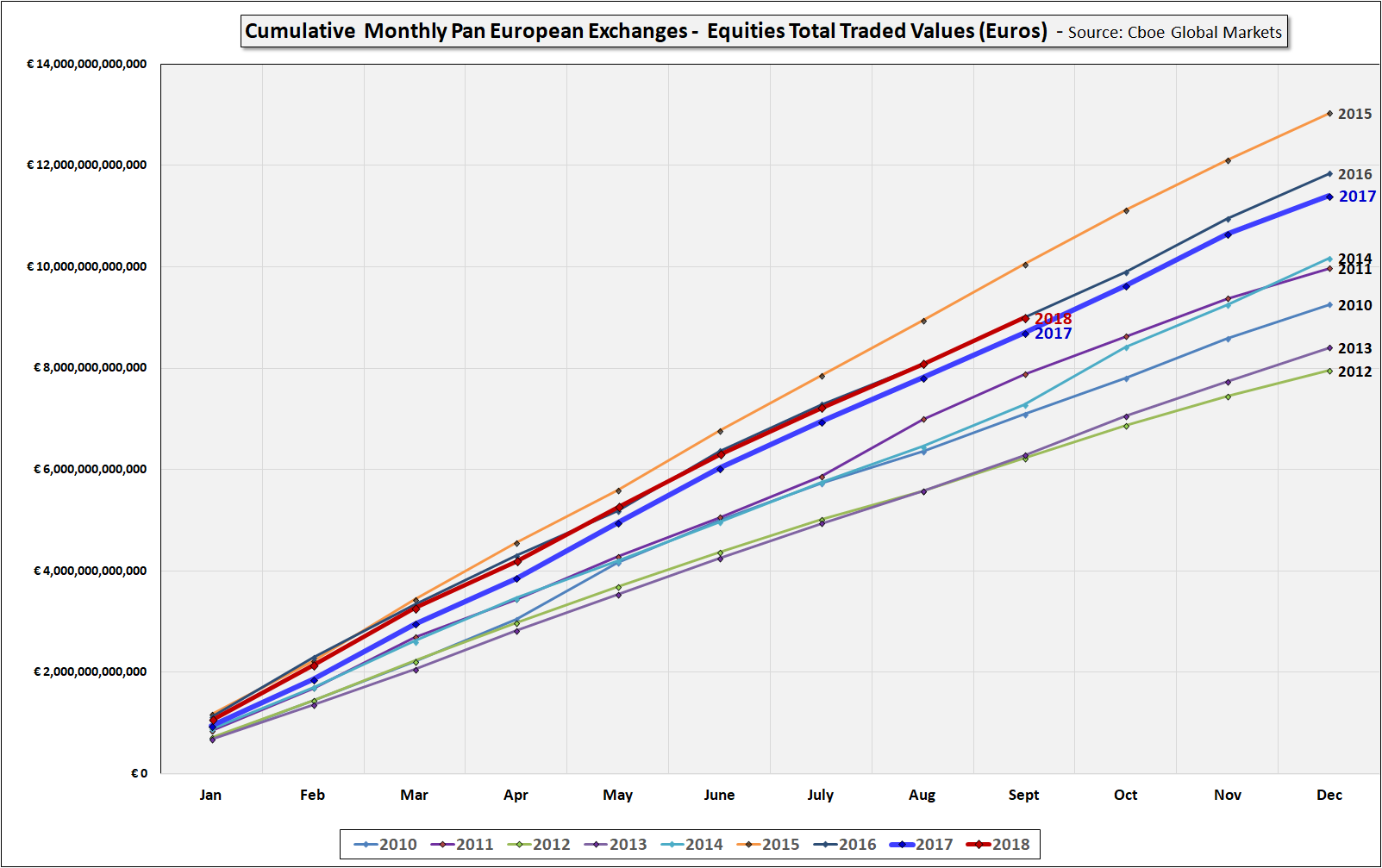 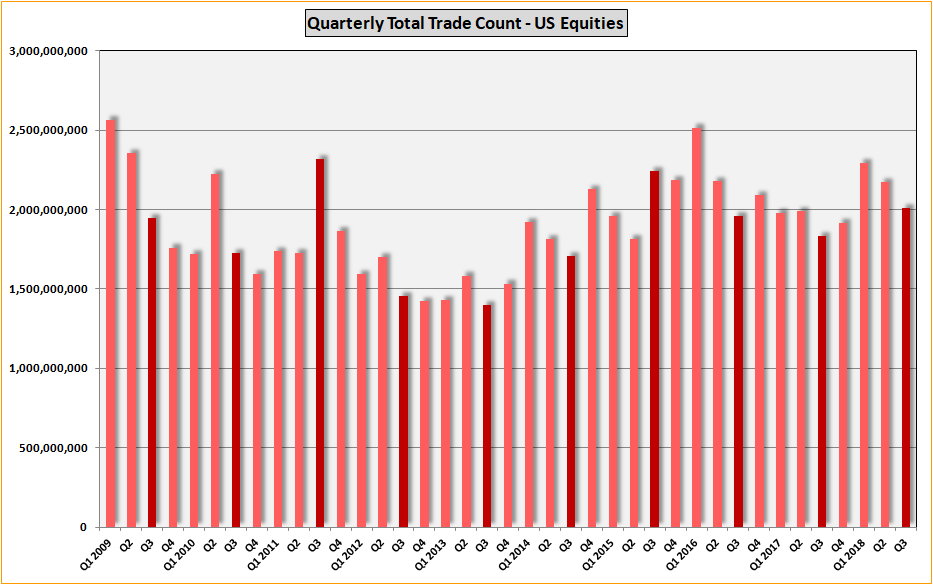 The solid trading volumes, particularly in the US, are helping sustain cash equities units, offsetting brokerage unbundling pains, at least for now.