The following guest article was written by Tony Seker, Executive Vice President of Sales and Marketing at BrandLoyalties.com.  Brand Loyalties tracks the loyalty of on-line consumers for certain brand names — and how that loyalty shifts over time. The firm gathers and analyzes the data of on-line consumers for the products of over 1,200 publicly traded corporations.

Hedge funds and institutional asset managers are paying big money for so-called “data scientists” – people that are assigned the somewhat fuzzy task of gleaning actionable investment intelligence from “Big Data.” The data scientist frenzy has progressed to the point that people experienced with Big Data based research are being poached from competing firms with million dollar contracts. 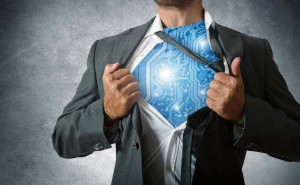 Unfortunately, even the term “Big Data” is fuzzy – and a rapidly moving target. It seems to mean all things that are online. A couple of years ago that meant Facebook, Instagram, Siri and cat videos. It now means Presidential Tweets, Snapchat, Alexa and cat videos.

All of which begs several questions:

There are two “actionable investment intelligence” scenarios that are often touted as fully justifying significant investments in Big Data research:

Obviously the first scenario (“beating the news cycle”) is highly time critical. It is not really sufficient to stay ahead of the news cycle; it only works if you stay ahead of your competition. And in this scenario actionable intelligence has a very fleeting lifespan – often measured in minutes, seconds and even milliseconds.

It also requires navigating through a virtual minefield of verification and authentication issues in those same seconds or milliseconds. Is this just another case of “fake news”? Or is that unfortunate emoji really just a Presidential typo – given that the same emoji can mean different things on different smart phone platforms?

The second scenario (“consumer brand loyalty”) is essentially a 21st Century spin on a strategy that has a very long pedigree – dating back to at least Peter Lynch’s tenure with the Magellan Fund at Fidelity Investments (1977-1990). One of Peter’s key equity selection tools involved selecting those companies that were selling products again and again to his family, co-workers and acquaintances – i.e., companies with strong consumer brand loyalty.

In theory the second Big Data scenario simply updates Peter’s strategy to the 21st century and expands it to measure the day-to-day brand loyalties of hundreds of millions of on-line consumers. In one sense it is merely a new class of fundamental data for publicly traded corporations, with daily time resolution that is actionable on a monthly or quarterly basis.

Does it work? It certainly worked for Peter. Was it worth millions? It was for Peter’s shareholders, and ultimate for his bosses at Fidelity Investments as well.

And are today’s Big Data scientists similarly worth millions? Although performance data on the “beating the news cycle” is anecdotal at best (and nearly impossible to back test), over the past several years published reports have demonstrated significant and persistent “smart beta” excess returns using the “consumer brand loyalty” approach.

Next week: Beating the News Cycle