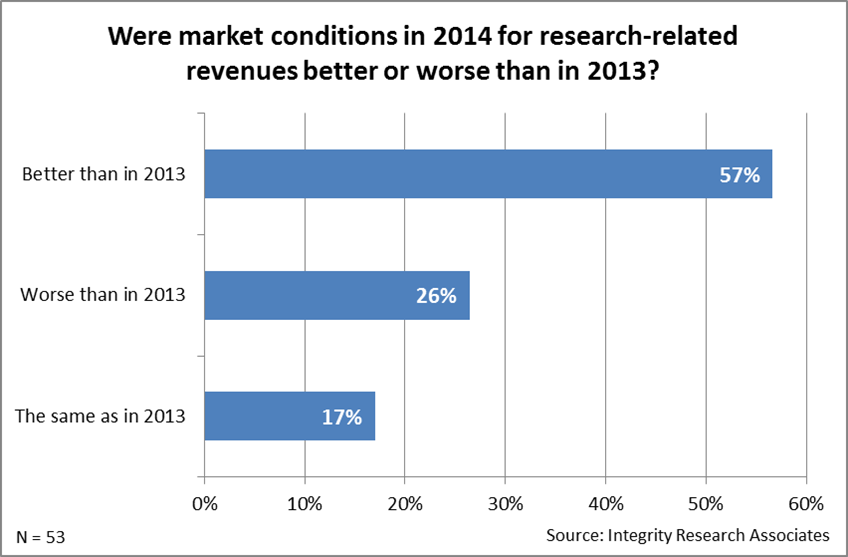 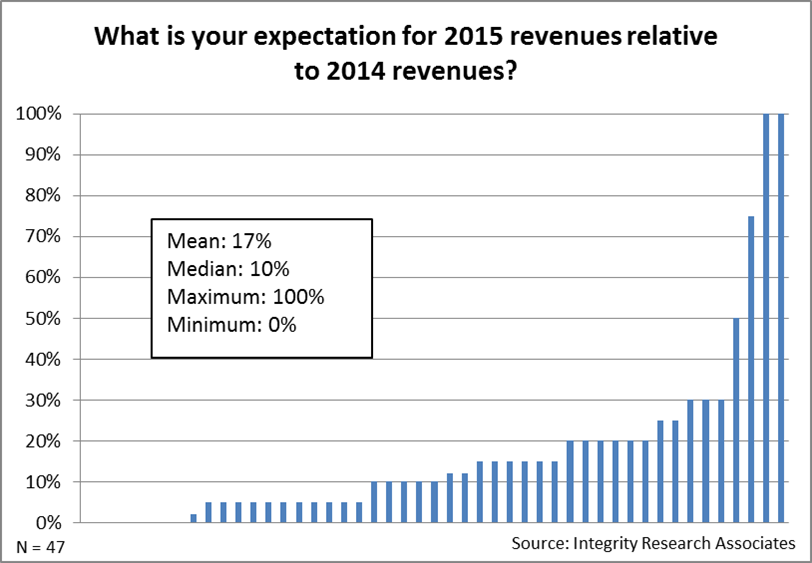 The positive outlook was not without concerns.  The most commonly expressed concern related to the future of the asset management industry and how that might impact spending on investment research.  Respondents were particularly concerned about the fate of hedge funds and other active managers.  The #2 worry was the state of financial markets heading into 2015, particularly equity market declines and dislocations.  Regulatory developments were also cited by respondents, particularly reforms contemplated in Europe to the payment mechanisms for research.

The overall survey results are positive, suggesting that market conditions have improved.  IRPs express cautious optimism that improvements will continue.  Nevertheless, the environment is not an easy one.  As one respondent put it: “Business is there but you have to go get it, it’s not coming to us without strong efforts.”

Bulge bracket cash equities revenues reportedly declined 11% in 2014.  Growth in independent revenues suggests that IRPs are regaining market share lost in 2010-12 because of commission declines and insider trading concerns.  Anecdotally we are hearing buy side firms more committed to using boutiques because of the insights and value they provide.  Although survey respondents see a number of challenges to future growth, we believe that the medium term outlook is favorable to further market share gains for independents.  But as survey respondents attest, the journey will not be a cake walk.

Please contact sales@integrity-research.com if you would like to purchase the complete 2015 Independent Research Market Conditions Survey or have any questions about this proprietary study.