The growing M&A trend in the asset management industry is being caused by a number of factors, including shrinking revenue due to the rise in passive management, and rising costs caused by increased investments in compliance and technology.  Pressures from regulations like MiFID II are also leading some asset managers to look for increased economies of scale. 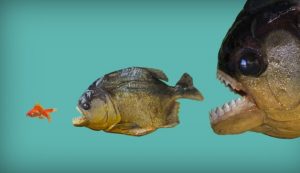 A few of these deals include the announcement by Invesco Ltd that it plans to buy New York-based manager OppenheimerFunds from Massachusetts Mutual Life Insurance Co. for about $5.7 billion to bring the Atlanta-based firm’s total assets under management to more than $1.2 trillion.  In November, 2018 Paulson & Co. also agreed to buy a 25% stake in BrightSphere Investment Group, a $238 billion multi-boutique manager.  In addition, last April Hellman & Friedman agreed to acquire managed account provider Financial Engines, with $169 billion in assets, in a deal worth about $3 billion.

Jason Schwarz, president of Wilshire Analytics and Wilshire Funds Management, commented on this trend, “It’s clear that M&A activity is up within the asset management space.  We’ve seen a notable uptick throughout 2018 and we think this will continue.” 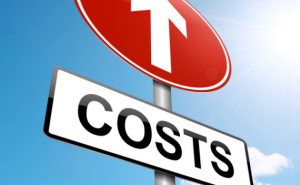 In explaining the rationale for acquiring Oppenheimer Funds, Invesco’s Chief, Martin Flanagan, commented that one third of the asset management industry could disappear over the next five years, as mounting fee pressures and rising costs spur more closures and consolidation.

Clearly, one of the factors driving fees lower in the active asset management industry has been the increased flow of assets into low cost passive investments including ETFs.  During 2018, $315.4 billion in assets flowed into ETFs, the second highest amount of assets collected since 2017’s $476.1 billion haul.

Clearly, many EU asset managers who have been subject to MiFID II have had to spend a considerable amount on systems and personnel enabling them to comply with the new regulations.  However, a large number of managers have chosen instead to eat the costs of third-party research instead of passing these costs onto clients.

According to our most recent estimates there are 112 asset managers have publicly disclosed policies to absorb research costs totaling nearly $23.6 trillion in assets.  If these managers spent, on average, just 1.4 basis points of AUM on sell-side and independent research, they would increase their expenses by $329 mln in a post MiFID II environment.  In fact, some consultants estimate that MiFID II has turned research costs into funds’ second largest expense category after salaries.

In its financial results published a few weeks ago, EU asset manager Aviva Investors acknowledged this pressure by explaining that MiFID II costs were one of the factors which pushed its total expenses higher by 9.3% to £447m in 2018, leading profits to fall by 12% to £150m.  Aviva Investors are one of the many asset managers who have decided to pay for research from its P&L.

These trends have prompted many asset managers to conclude that one way to survive in the current market environment is to leverage economies of scale.  Consequently, many of the largest global asset managers are becoming even larger through increased M&A activity.  While this is a logical response to existing pressures, does this mean that small and mid-sized active managers can no longer survive?  If current trends continue, we fear this may be so.