According to Renaissance Capital, 10 new deals were priced in February representing a 9.1% drop from the 11 deals priced during the same month last year, but a surge from the single deal that was priced last month.  February’s total number of priced IPOs also represents the highest monthly number of deals priced since October 2018 when 22 deals were priced.  Despite the rebound seen in February, the number of new deals priced over the first two months of this year remains 60.7% below the total seen during the first two months of last year. 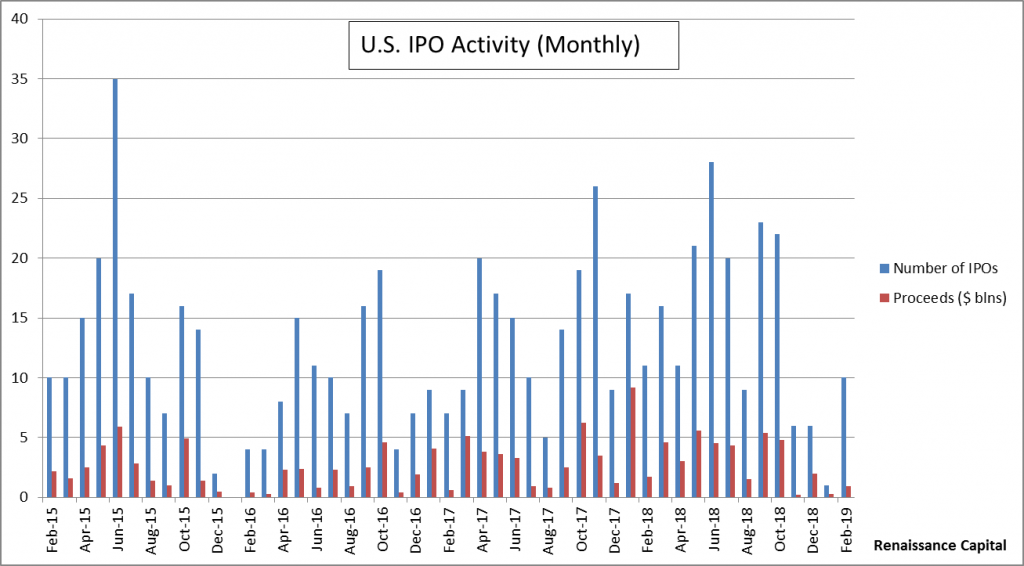 The rebound seen in US IPO activity during January is not terribly surprising given the fact that the US government was shuttered for most of January.  However, the gains seen in February did not compensate for January’s weakness as most IPO statistics for the first two months of the year remained below those seen during the first two months of 2018.  What is also concerning is the fact that new filings over the past four months remain depressed – a factor that could limit IPO activity in the coming months.

Even if IPO activity does strengthen in the coming months, we are not convinced this will translate into a meaningful rise in sell-side analyst hiring at many banks.  This is due, in large part, to the decline in research payments caused by MiFID II.  It will be important to see if a large number of US asset managers decide to pay for their external research providers from their own pockets versus using commissions as such a move is likely to depress overall research budgets, thereby restrict research hiring.