As a new entrant to the expert network space, Pride Advisory differentiates itself by being a subsidiary of a major recruiting and human capital outsourcing firm, Pride Global.  It is also minority-owned, appealing to corporates and investors seeking to diversify their transactions.  Its most powerful differentiator is its pricing approach, which draws on the contingent workforce business model.

As an adjunct to a recruiting firm, Pride Advisory benefits from an instant network of potential experts.  The firm claims a network of 650,000 experts, rivalling industry leader GLG’s network of 600,000+.  When working on a client project, Pride Advisory staff access an internal database recruiting contacts maintained by Pride Global subsidiaries.  For projects requiring custom recruiting, queries are sent to recruiters in affiliated subsidiaries who are incentivized to respond promptly with potential candidates.  In addition to vetting sourced experts for compliance purposes, Pride Advisory staff may also supplement the database contacts with their own sourced experts. 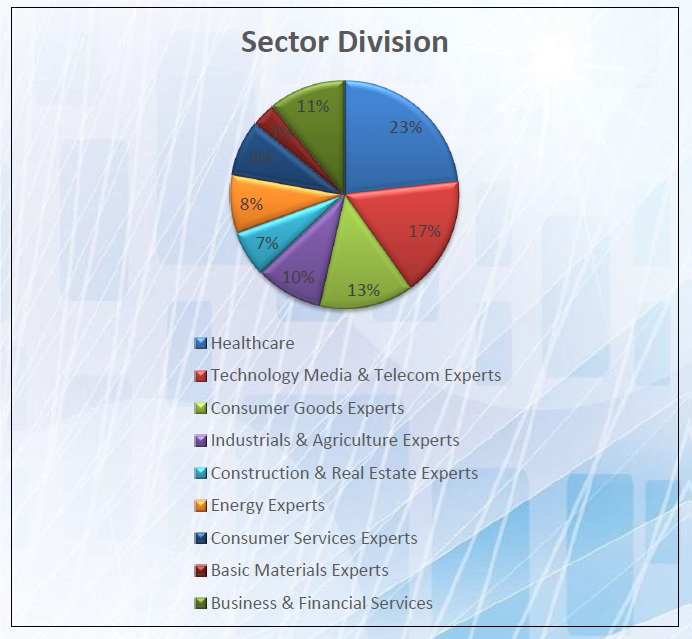 While they do offer traditional pricing options, for higher volume clients the firm offers a pricing model which is a fixed markup on the expert costs.  The business model draws on the proprietary billing system used by other Pride Global subsidiaries that show the cost of each underlying expert used and the additional fee charged by Pride Advisory.  This contrasts with a bundled fee approach used by most expert networks, which often averages to $1,000/hour — or more — for phone consultations.  “Because our fee approach is more transparent and cost effective than the pricing offered by traditional expert networks, we find that our high-volume clients adapt more quickly to the model and are happier with the product,” said Mugnier during an interview with Integrity Research.

Originally trained in investigative journalism at Columbia University, Mugnier previously worked at Coleman Research as a deputy research manager for its consumer team.  After nearly five years at Coleman, she joined Primary Insight as global head of operations before being promoted to COO at the end of 2015.

Pride Advisory employs around twenty staff located in offices in New York and Charleston SC, while drawing on Pride Global’s other 15 offices worldwide for sourcing experts.    It is currently recruiting for 3 additional research associates in the New York headquarters, 2 project managers, and 2 key account managers in the Charleston and San Francisco offices as well as a hosted event manager in New York.

The success of the expert network industry, which has surpassed $1 billion in revenues, is attracting new entrants and new approaches.  Techspert.io, which uses artificial intelligence to source experts, secured its second round of angel funding in December.   Aggregator Inex One launched pay-as-you-go access to experts that obviates the need to contract with expert networks directly.  Experty.io released an Ethereum blockchain platform for engaging and paying for experts last summer.

Pride Advisory’s connection to a large recruiting firm provides an instant network, but potentially more disruptive is its cost-plus business model, which promises to erode the profit margins that expert networks enjoy.  Although the fees that experts have been charging have been creeping upward, expert networks have been largely successful in passing those costs on to end users though a bundled price approach.  If Pride Advisory is successful in creating more price transparency, the economics for expert networks may take a decided turn for the worse with rising costs and falling fees.