Three weeks after its announced acquisition of RSRCHXchange, Liquidnet, a leading institutional trading network, purchased sentiment analysis provider Prattle as it seeks to increase its AI and alternative data offerings.  The move is part of a larger strategic initiative to expand its member base beyond traders into the investment side of its asset management clients.  Terms of the acquisition were not disclosed.

Liquidnet’s interest in Prattle is twofold.  Prattle, which offers sentiment analysis on approximately 3,000 US stocks and on central banks from fifteen countries, is seen as a tool to help penetrate the investment side of its member firms.  “The purchase of Prattle is another step in our transformation in serving all parts of the investment process,” said Liquidnet President Brian Conroy, the former president of Fidelity International who joined the firm in February, in an interview with Integrity Research.  “Prattle helps our members solve the key challenge of generating alpha with critical new alternative data tools and AI processes.”

Over the last four months, Liquidnet has been conducting a pilot program involving five of the largest asset managers working with analysts and PMs to help them source alternative data sets for inclusion in their investment processes.  The firm plans to expand the program to ten to fifteen firms by the end of the summer.  Prattle will be an important part of the program going forward.

The second motivation for the acquisition is to continue to expand its AI and alternative data offerings.  The first step was the acquisition of OTAS Technologies in 2017 which led to the 2018 launch of Liquidnet Discovery, which provides AI-driven pattern recognition trading analytics.  The next step is to use AI to create trading preferences for each member and make recommendations based on historical trading patterns.  Prattle and RSRCHXchange offer the ability to add investment ideas which can be passed along to PMs and analysts. 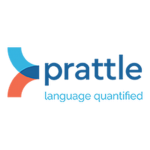 Prattle innovated the use of natural language processing (NLP) to quantify central bank sentiment, and was the first to quantify equities sentiment by parsing earnings call transcripts.  Its Equities Analytics platform, launched September 2017, uses machine learning and natural language processing to analyze the sentiment expressed by company management. The sentiment scores represent the expected short-term performance of the stock price following an earnings call or other corporate communiqués.

The approach is being imitated by an increasing number of firms, including Sentieo, Accrete, Amenity Analytics, UBS and CB Insights.  Prattle believes it still has an edge because analyzes all corporate communications not just earnings calls and because it creates semantic profiles customized to each company.

Prattle plans to use Liquidnet’s investment to expand its coverage internationally and to smaller cap US companies.  “Liquidnet will help us grow further through access to over 1,000 asset managers who are members,” said Evan Schnidman, co-founder and CEO of Prattle in an interview with Integrity Research.  “Given Liquidnet’s global reach, we will have the opportunity to expand our coverage internationally as we continue to enhance our analysis of earnings call transcripts and corporate communications generally.”

Initially focused on gauging central bank sentiment, Prattle was founded in 2014 by former academic Evan Schnidman after getting his PhD in Political Economy from Harvard University and Bill MacMillan.  It formed a parent company in 2017 called Quiet Signal which owns Prattle and the text analysis software platform used by Prattle which is branded Portend.

Prattle raised seed capital of $250,000 in 2014 and then raised a $3.3 million financing led by fund of funds manager GCM Grosvenor in January 2017, which was primarily used to develop the equity product.

Liquidnet’s purchase of Prattle establishes its alternative data bona fides as it seeks to leverage alternative data and AI to expand its reach beyond the trading community.  It expects Prattle to do double duty: support its AI push and help it gain access to PMs and analysts.

We were skeptical about Liquidnet’s purchase of RSRCHXchange because we’ve seen many trading-oriented firms flounder when trying leverage research (for example, ITG tried desperately to expand into the investment side before dumping the last of its research in a fire sale to Leucadia and Instinet exited its precursor to RSRCHXchange in 2015).  However, Liquidnet’s ambition is to leverage new technology in its foray, in the hopes this will distinguish its efforts from the failed attempts of its competitors.

Prattle has a history of genuine innovation – first quantifying Fed-watching then quantifying earnings notes.  It brings credibility to Liquidnet’s strategic goals.  For Prattle, the acquisition gives some succor from a growing pack of fast-followers nipping at its heels as it seeks to significantly expand the depth and breadth of its coverage.