Paragon Intel’s core research product is the CEO Change Report, which provides deep-dive due diligence on new CEOs. After the announcement of a management change, Paragon assigns an analyst to conduct fundamental analysis on a company to determine key issues and opportunities.  It researches the new CEO’s background to develop a question set and identify interview contacts, which are then given to former Wall Street Journal investigative reporters for interviews. 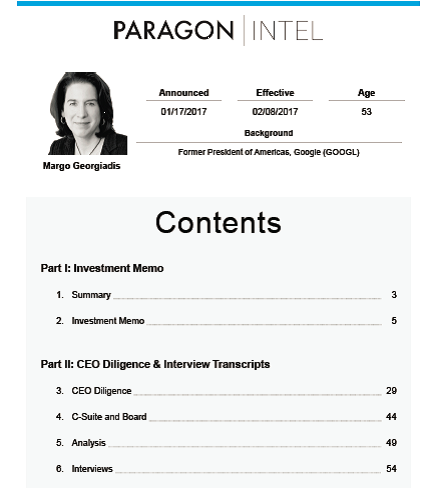 The report also includes background checks on the new CEOs.  The end result is a 50-60 page report profiling the new CEO and assessing whether the CEO will create or destroy shareholder value.

Paragon Intel is working on releasing historical data on CEO changes which will include approximately forty fields of information for each change.  It plans to mine the data for use in its CEO reports and will sell the data to clients.  It is also developing CEO Briefings, which will provide a preliminary view on the new CEO shortly after the announcement. 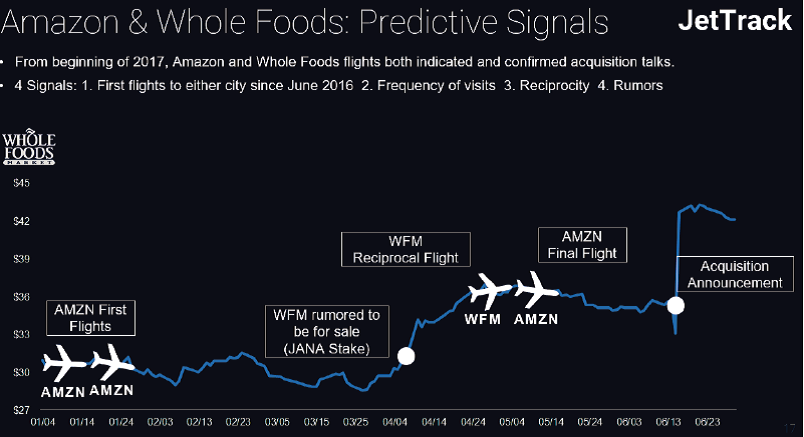 In addition to the CEO Change Reports, the firm offers JetTrack, a proprietary database of corporate jet usage covering over 4,000 companies globally, including the Russell 3000, European listed companies, and private equity funds.  In developing the database, Paragon Intel researched over 22,000 bills of sale of corporate aircraft to determine ownership, an effort which involved fifty people over almost twelve months according to co-founder Karim Mawji.  Also, because flight information for more than sixty percent of the aircraft in the Russell 1000 is blocked, Paragon established a global network of receivers to directly acquire plane transponder information.  The application includes major competitors, suppliers and customers proximate to the airstrips used by corporate jets.

A major use case of JetTrack is helping to anticipate M&A transactions, similar to Quandl’s recently launched Corporate Aviation Intelligence (CAI) dataset which monitors the flight originations and destinations of more than 26,000 private aircraft attributed to 1,200 public companies and 3,100 private companies.  Paragon also uses JetTrack to evaluate corporate behavior such as identifying CEOs regularly travelling to Palm Beach on Thursdays and returning Tuesday, or, in the case of ServiceMaster’s new CEO, a significant increase in customer visits during the first six months of his tenure. 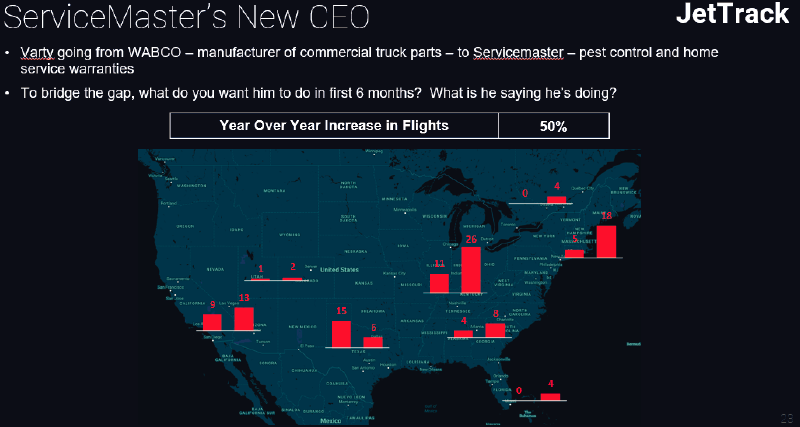 Key differentiators of the JetTrack product are: manual forensic process to uncover true ownership of aircraft; investment signals based on proprietary algorithms designed by the investment team at Paragon Intel; and a global proprietary network of coverage.

The company was co-founded in January 2017 by Karim Mawji and John Casano.  Mawji was previously a portfolio manager and analyst at long/short equity and special situations funds including Scout Capital Management and Perennial Investments.  Casano previously worked at portfolio analysis companies Addepar and Novus Partners.  The staff of nine includes three other hedge fund analysts besides Mawji.  Paragon Intel completed a $1.8 million seed raise in 2017.

Paragon Intel takes a different approach to assessing CEOs from Management CV, an independent research provider established in 2006 to evaluate senior management of public companies.  Management CV utilizes statistical measures such as an Executive Synthetic Return, or ESR metric, which is a measure is an index of the returns under a CEO compared to the returns of other companies in a similar peer group in the same time frame.