Video collaboration platform OpenExchange will be combining with KnowledgeVision Systems, which offers online media software for creating and organizing videos. The newly combined entity has also raised $5 million in fresh capital from existing and new investors. 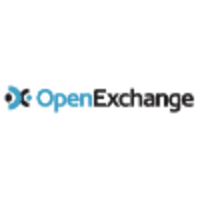 KnowledgeVision’s Knovio platform allows users to create video presentations with multiple features such as integrating slides, graphics and text.  The firm currently generates AI-based transcriptions of broadcasts and is developing a close-caption capability for live streaming as well as the ability to translate presentations into multiple languages.

OpenExchange has built a network of video conference connections that link more than 40,000 endpoints in over 60 countries throughout the global financial services sector. Customers for the combined company include Citi, UBS, HSBC, London Stock Exchange, CME Group as well as over 100 publicly traded companies. The combined platform will allow live video programming to be originated from individual desktops and mobile devices as well as more traditional facilities. 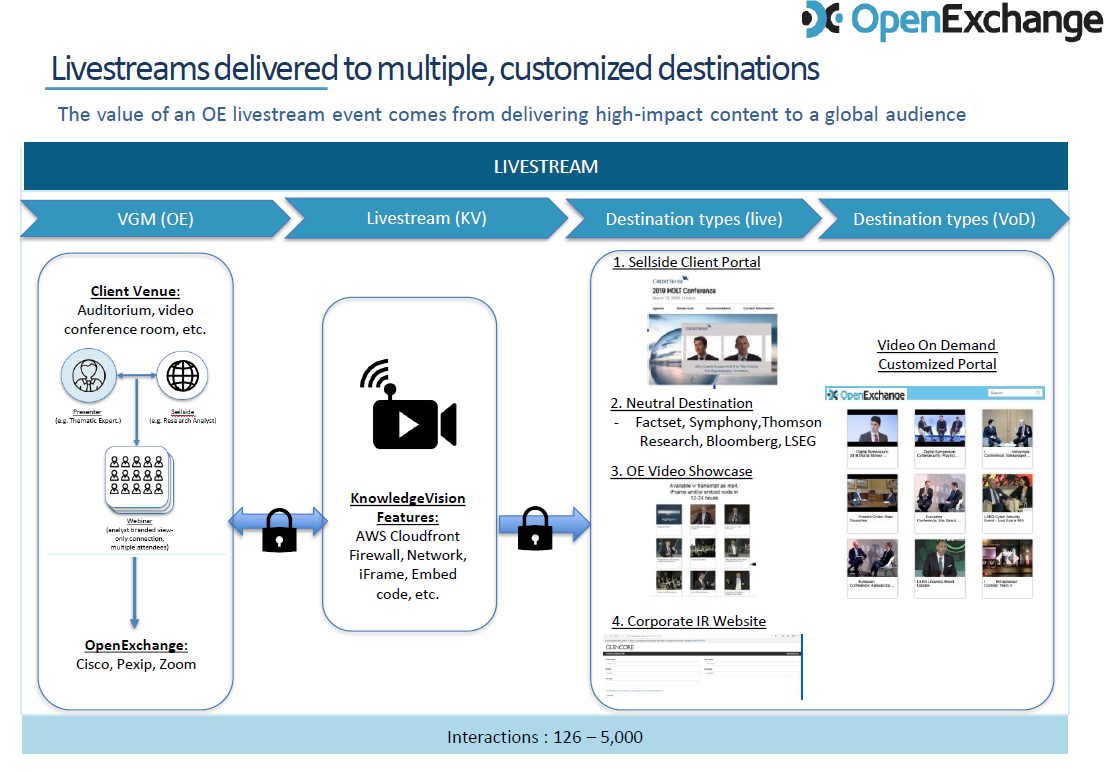 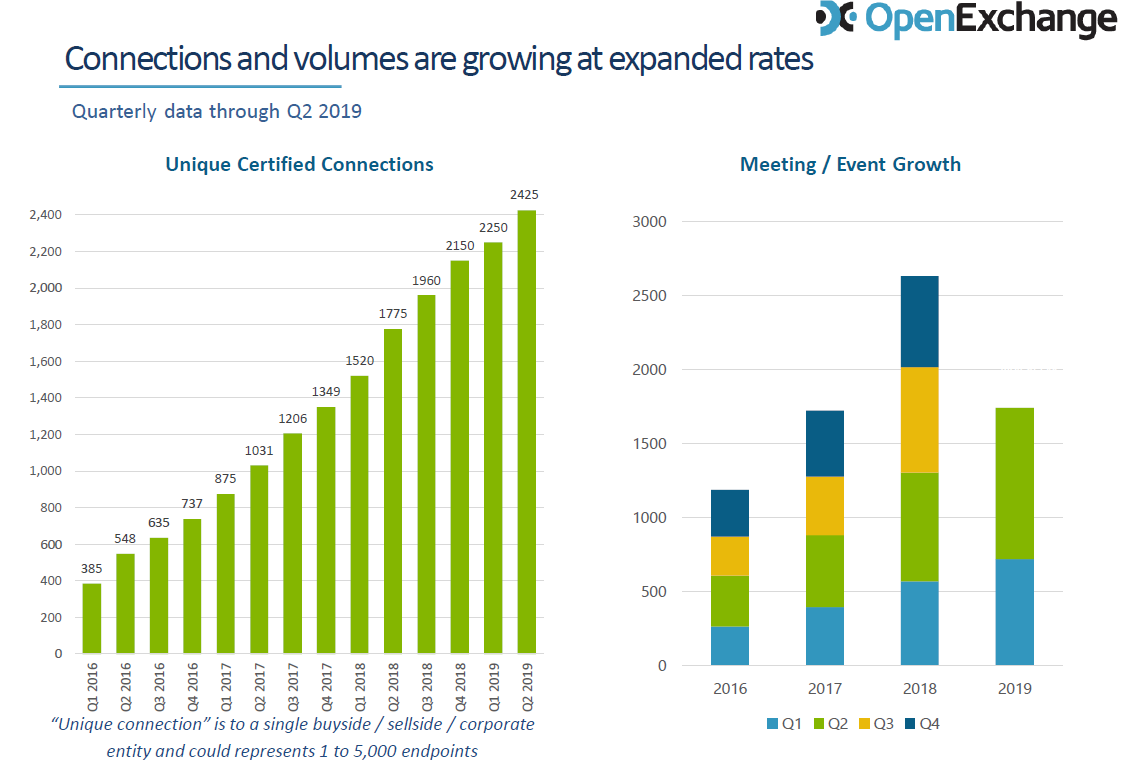 OpenExchange has raised a total of $16.8 million in funding over 5 rounds. The current $5 million capital raise will be used to scale current capabilities and to implement real-time AI-based transcriptions for live events. The most recent previous capital raise was a $6 million Series C financing led by Citi in 2016, which followed a previous Series B that included Barclays and Ipreo (now IHSMarkit).

Citigroup has been one of the more active users of the platform. In a video presentation announcing the KnowledgeVision merger, Citi’s global corporate access head Mike O’Connor said that the firm will have expanded the number of virtual meetings from 4,000 in 2016 to over 30,000 during 2019.  OpenExchange says that nine of the top ten investment banks are clients. 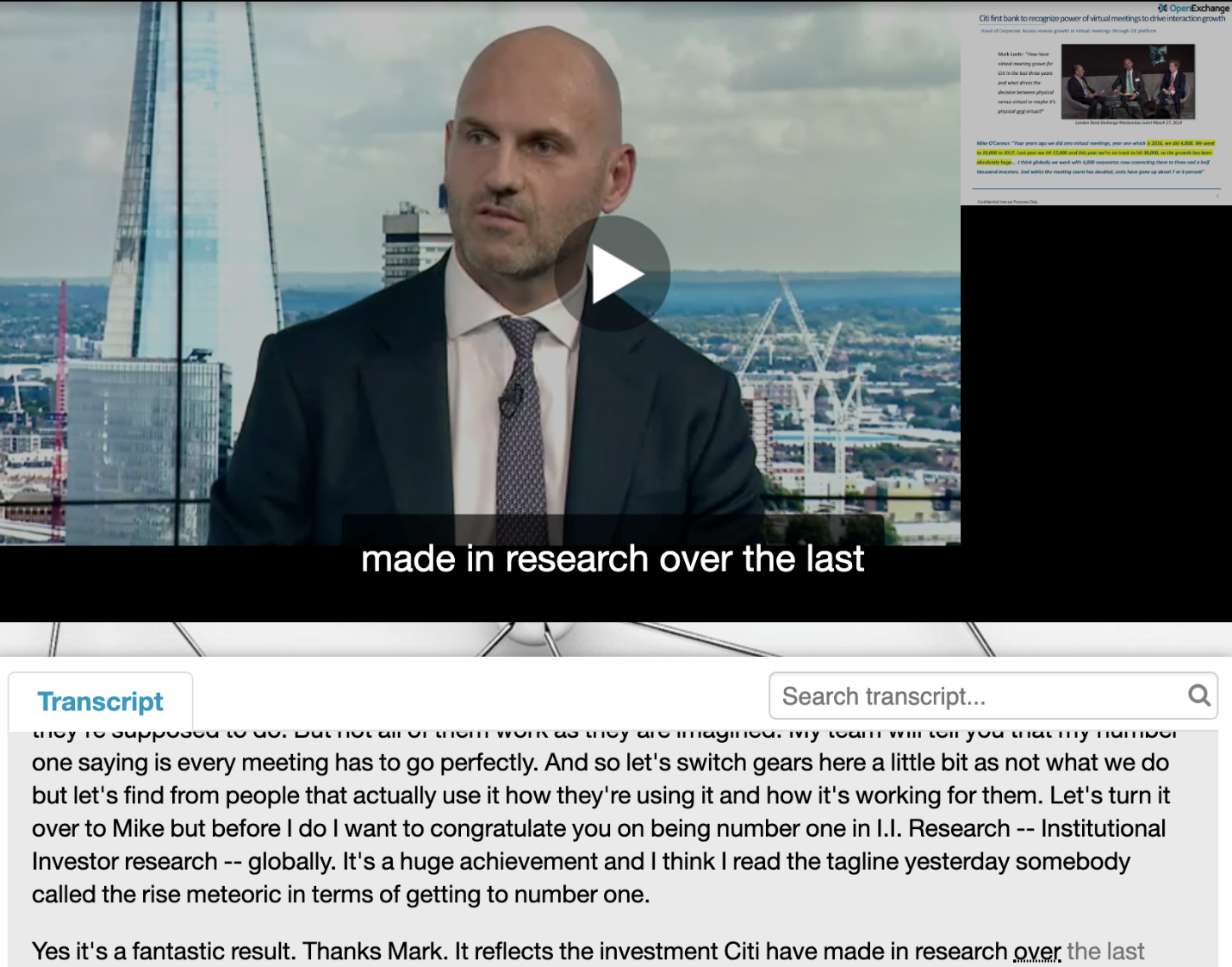 “Our longer-term vision is to help transition corporate access and research content to video as the sell-side looks to more broadly monetize its intellectual capital and company relationships,” said CEO Mark Loehr in an interview.  “KnowledgeVision’s capabilities give us the ability to become the Netflix or YouTube for financial-oriented videos.”

The combined entity, which will retain the OpenExchange name, will be headed by Loehr.  KnowledgeVision founder Michael Kolowich will become Chief Content Officer.  The merged firm will have around 50 employees, including new hires planned for the fourth quarter of 2019.

Corporate Access is the primary use case for OpenExchange’s platform.  After UK regulators banned commission payments for corporate access, more corporate access activity gravitated to the US where corporate access continues to be funded with client commissions.  Video conferencing allows UK personnel to participate in events originating in other domiciles in a compliant manner.

The company also facilitates buy-side outreach for sell-side research departments.  Increasingly, research revenues are tied to high-touch events such as analyst access, which can be facilitated by video conferencing for clients outside the major financial centers such as New York, London or Boston.

More broadly, margin pressures on the sell-side and buy-side increase the appeal of video conferencing for a broad range of research services, including analyst access, expert access, road shows and non-deal roadshows.  Two Credit Suisse corporate access veterans left to start up their own business earlier this year because European payments for bank-facilitated one-on-one corporate access are often in the $100-$200 range, amounts which barely cover the costs of organizing events.  It is no surprise that banks are turning to video conferencing as a lower cost alternative.   OpenExhange is well-positioned as an outsourced option for firms who don’t wish to invest in the staff and facilities in-house.