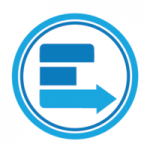 Edgewater was formed in March 2018 when six staff defected from Cleveland Research, joined by a former salesperson from Zelman & Associates.  The firm covers two sectors, consumer and technology.  The three person consumer team is headed by CEO Daryl Boehringer and the two person technology team is led by Kevin Rottinghaus.

Both lead analysts had been with Cleveland Research since its founding in 2006, when forty staff, including twenty-five analysts, broke away from FTN Midwest Research.  Midwest Research — and before it, Roulston & Company — was the progenitor of six boutiques, of which four are still active.

Founded in 1963, Roulston & Company was a boutique investment firm whose specialty was focusing top-flight research on companies in the Midwest.  The research discipline was strong, incorporating intensive primary research on each company followed.  The firm retrenched in 1996, firing a dozen research analysts and closing its trading room.  The former Roulston analysts formed Midwest Research which continued the primary-style research fostered at Roulston & Co.  Midwest received accolades for the quality of its research, including being named “Best of the Boutiques” by Institutional Investor in 1999.

Midwest was acquired by First Tennessee National in early 2001 and rebranded FTN Midwest Research.  A year later the defections began, starting with technology boutique Wedge Partners which was absorbed by Rosenblatt Securities in 2015.  Longbow Research was founded in 2003 by consumer analyst David MacGregor and now covers four sectors with ten senior analysts.

In addition to the mass exodus Cleveland Research staff in 2006, Tom Roulston, son of the founder of Roulston & Company, set up Roulston Buyside Research, which mainly organized around roundtables and forums with industry experts.  In 2009, the former COO and director of research of FTN Midwest Research, Marty Rizzo, departed to form Northcoast Research.

Although she had no direct connections to Roulston & Company or Midwest Research, well-regarded building supply analyst Ivy Zelman set up her boutique in a suburb of Cleveland when she left Credit Suisse First Boston in 2007.

Edgewater Research continues the “boots-on-the-ground” legacy of its predecessors by emphasizing “data-driven channel work built upon deep industry relationships.” It also perpetuates a tendency for Cleveland-based analysts to splinter into their own boutiques.   Its formation reinforces Cleveland’s reputation as a strong center for equity research.